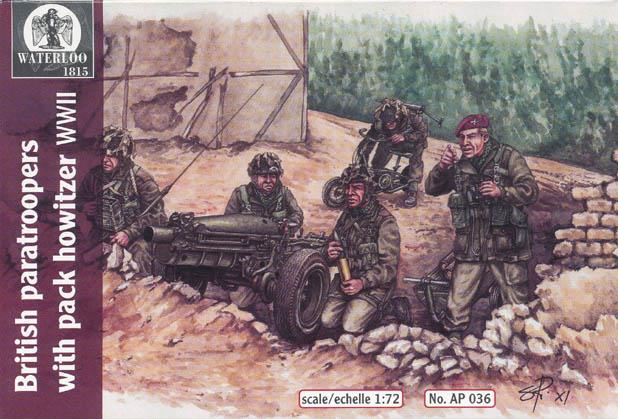 Early on in the history of flight, people had put their minds to using the new technology to deliver soldiers behind enemy lines, although it was not until the 1930's that this became a practical proposition and the first trained paratroopers made their appearance.  However, there remained the problem of how to deliver the sort of fire support that they would need--smaller weapons like mortars could be parachuted in with the men, but what about artillery?  The need was for a gun small enough to be dropped with Paras, yet capable of delivering significant fire-power, and when the British developed their own paratroops they turned to an American gun, the 75mm howitzer, which proved to be eminently suitable and was used in large numbers.  Unlike the Americans, who usually parachuted the gun down, the British preferred to deliver it in gliders, but whatever the delivery method the howitzer (along with the 25 pounder gun) was an important addition to the armoury of the Paras.