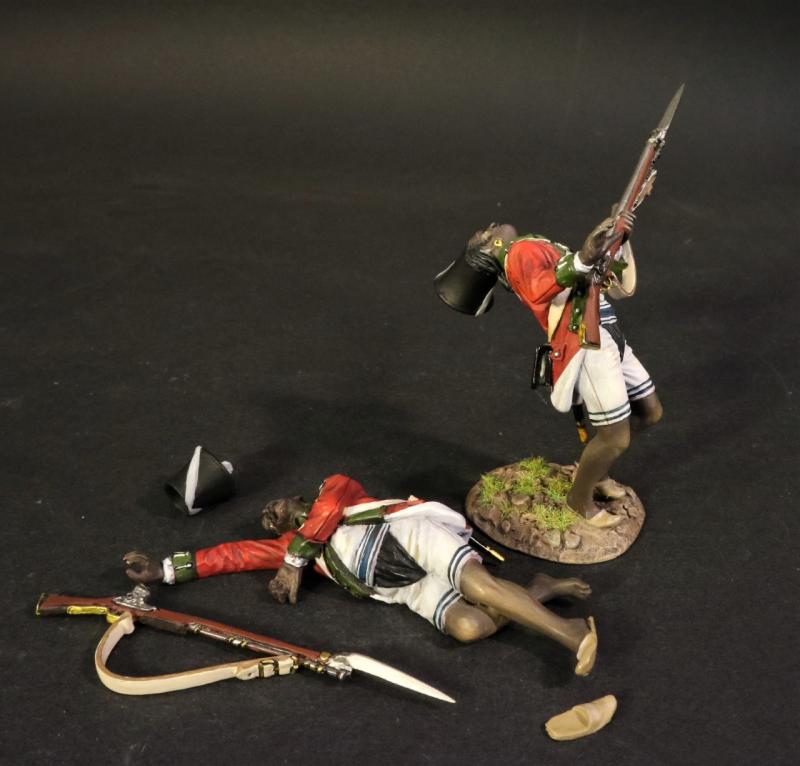 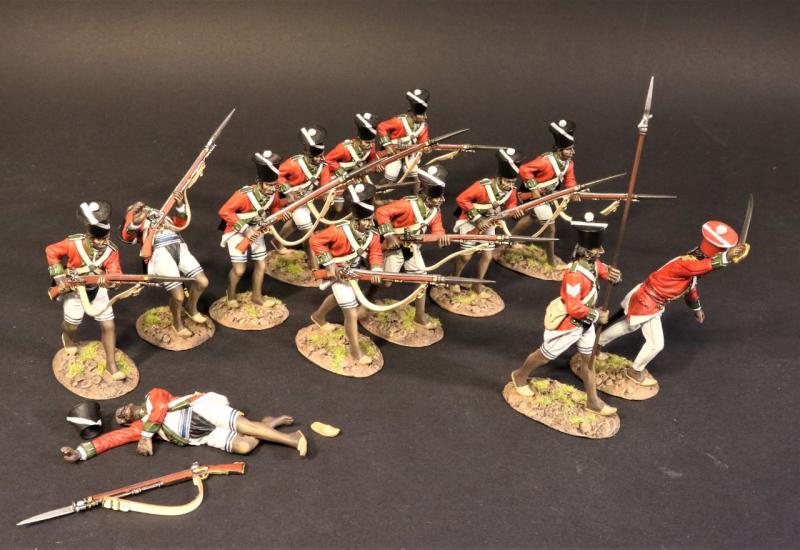 A Sepoy was originally the designation given to a professional Indian infantryman, usually armed with a musket, in the armies of the Mughal Empire.

A cavalry trooper was known as a “Sowar”.

The term Sepoy came into common use in the forces of the British East India Company in the eighteenth century, where it was one of a number of names, such as Peons, gentoos, mestees, and topasses, used for various categories of soldier.  Initially, it refered to Hindu or Muslim soldiers without regular uniforms or discipline.  It later generically referred to all native soldiers in the service of the European powers in India.  Close to ninety six percent of the British East India Company’s army of 300,000 men were native to India and these sepoys played a crucial role in securing the subcontinent for the company.

The East India Company initially recruited sepoys from the local communities in the Madras and Bombay Presidencies.  The emphasis was for tall and soldierly recruits, broadly defined as being “of a proper caste and of sufficient size”.  In the Bengal army, however, recruitment was only amongst high caste Brahmin and Rajput communities, mainly from the present day Uttar Pradesh and Bihar regions.  Recruitment was undertaken locally by battalions or regiments often from the same community, village and even family.  The commanding officer of a battalion became a form of substitute for the village chief or “gaon bura.”  There were many family and community ties amongst the troops and numerous instances where family members enlisted in the same battalion or regiment.  The izzat (honour) of the unit was represented by the regimental colours, with the new sepoys having to swear an oath in front of them on enlistment.  These colours were stored in the quarter guard and frequently paraded before the men, and formed a rallying point in battle.

The salary of the sepoys employed by the East India Company, while not substantially greater than that paid by the rulers of Indian states, was usually paid regularly.  Advances could be given and family allotments from pay due were permitted when the troops served abroad.  There was a commisariat and regular rations were provided. Weapons, clothing and ammunition were provided centrally, in contrast to the soldiers of local kings whose pay was often in arrears. In addition local rulers usually expected their sepoys to arm themselves and to sustain themselves through plunder.

This combination of factors led to the development of a sense of shared honour and ethos amongst the well drilled and disciplined Indian soldiery who formed the key to the success of European feats of arms in India and abroad.

In the days of the East India Company, infantry companies in native regiments were commanded by British or Indian officers.  The rank structure was the same for native officers as british counterparts, but with different names.  A Subedar was a captain, and a Jemadar was a Lieutenant.

The 1/8 Madras Native Infantry were originally raised as the 9th Battalion Coast Sepoys in 1760, becoming the 1/8th Madras Native Infantry in 1796.  They retained this title until 1902 when they became the 8th Gurkhas until they were disbanded.  During the years that Wellesley was in India, they took to calling themselves “Wellesley’s Own”.