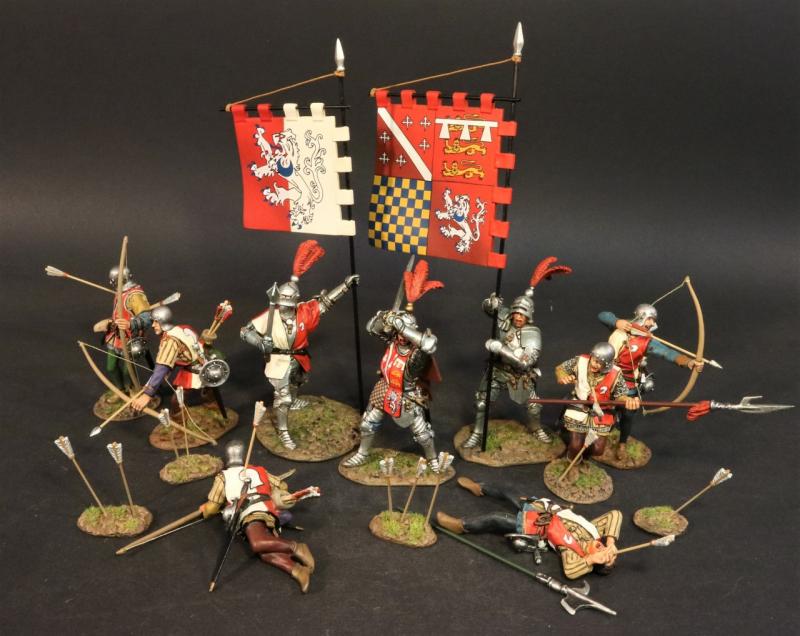 Wounded Billmen, The Retinue of Sir Thomas Howard of Ashwell Thorpe, Earl of Surrey, The Battle of Bosworth Field, 1485, The Wars of the Roses, 1455-1487—two figures and bill