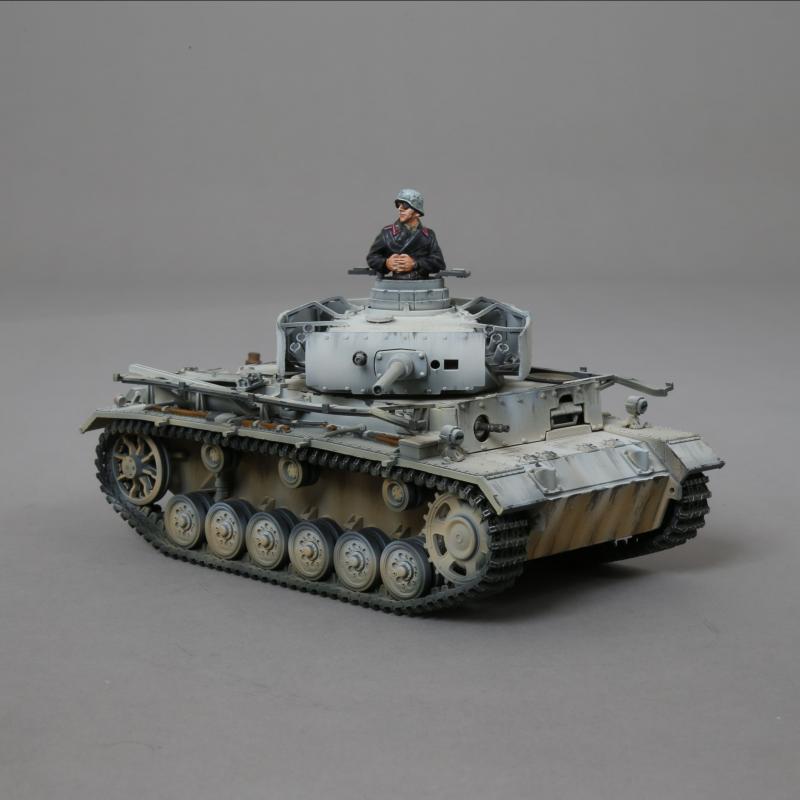 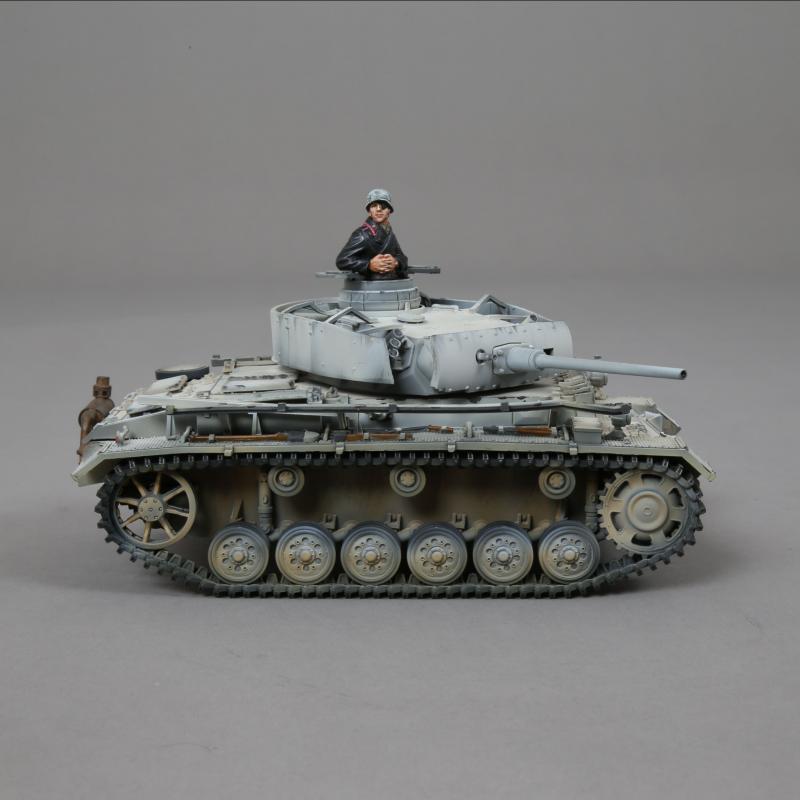 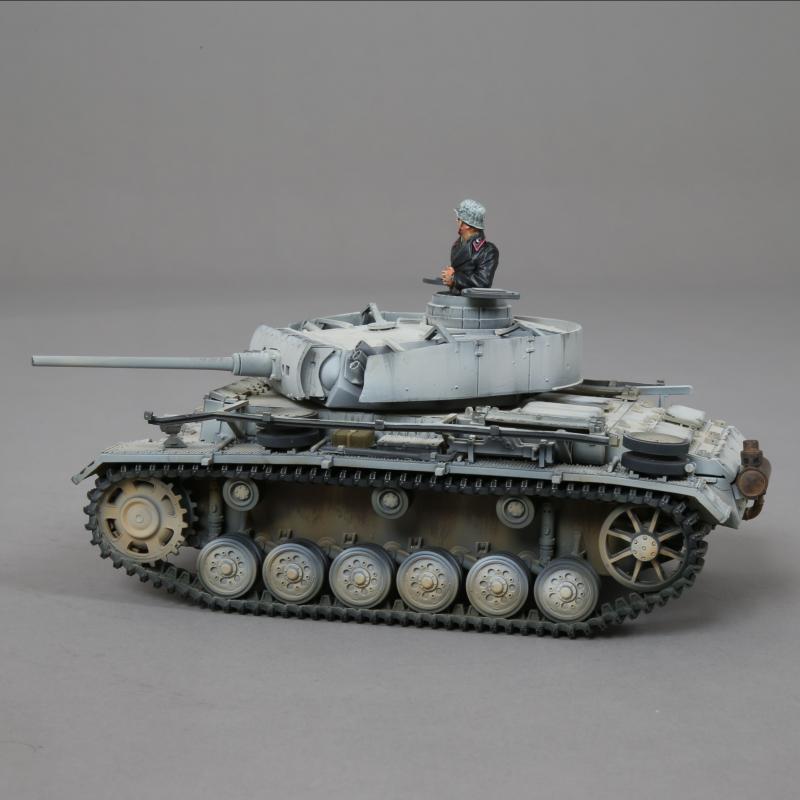 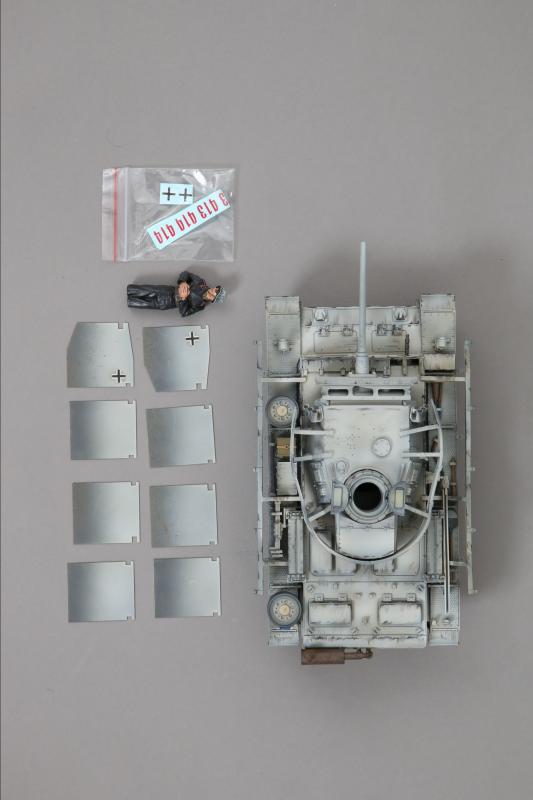 The Panzer III was used in every theatre where the German army fought during WWII, and, although largely replaced by its bigger stablemate, the Panzer IV, some units still utilised the Panzer III in Normandy, the Russian front, and they were even found fighting on an ad hoc basis during the final battle for Berlin in 1945.
The final two versions had side skirts fitted:  the M variant having a 50mm cannon whilst the N variant had a short barrel 75mm cannon fitted.

This version of our Panzer III M is in a Winter colour scheme.

Limited number of 35 of each version available worldwide