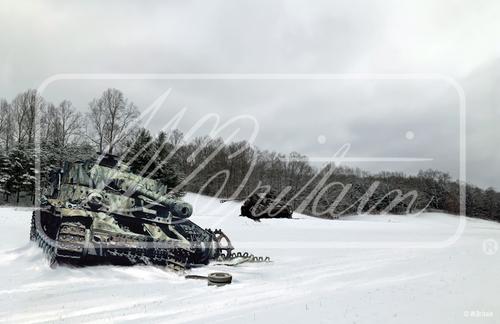 The Panzerkampfwagen IV (commonly known as the Panzer IV) was the mainstay of the German army for the entirety of the war. With some 8,500 built, it was the most numerous German tank of the Second World War and the only one to remain in continuous production throughout the war. Its 25 ton frame carried 80 mm of armor at its thickest point and was armed with a 75 mm main gun and secondary armament of two MG-34s. It was not, however, indestructible.