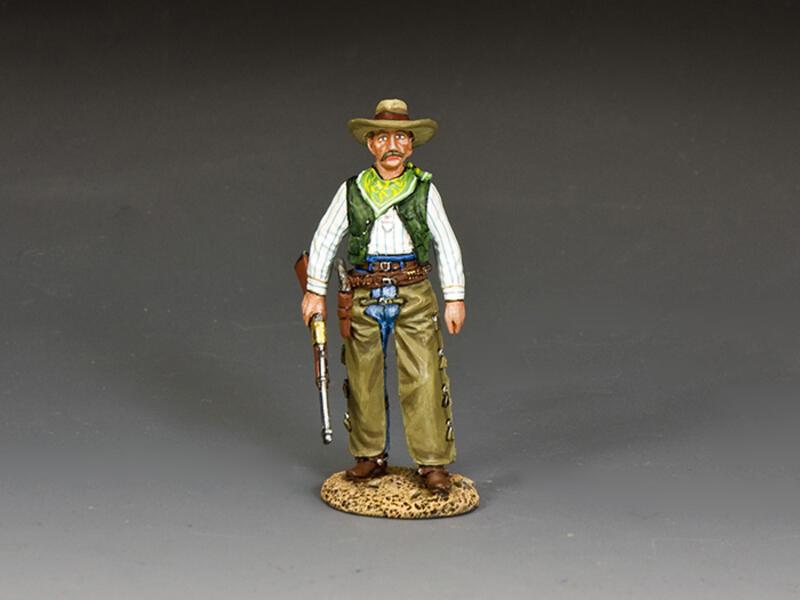 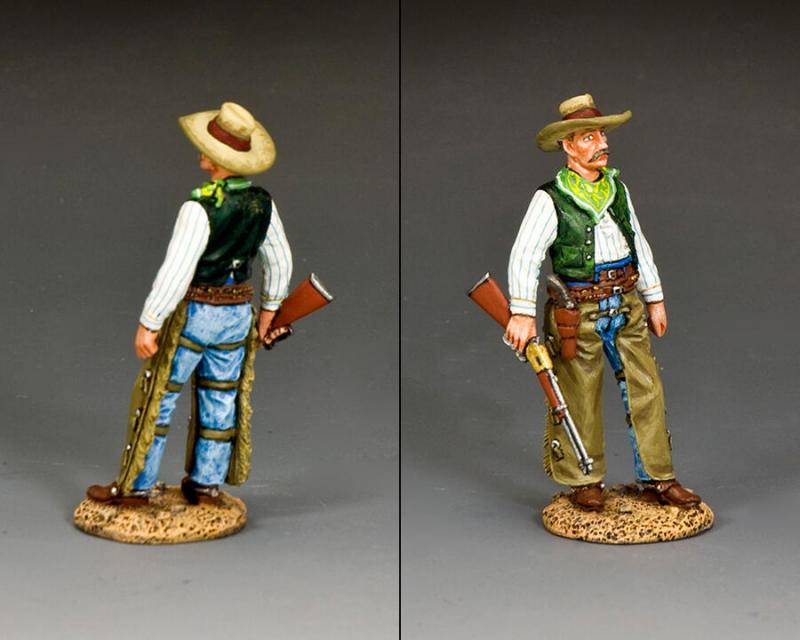 This cowboy is holding his treasured ‘Winchester Model 1873 Lever-Action Rifle’.  This is the weapon that became known as ‘The Gun that won the West’ and it came with two timeless features: reliability and firepower.  In an era when many other rifles and pistols were fussy and unreliable, the ’73 was the weapon that would never let you down.  It could hold 15 rounds in a tubular magazine beneath the barrel and fired a .44/40 calibre round.  This was further enhanced when Remington and Colt began chambering their own revolvers to carry the same .44/40 rounds, meaning cowboys used the same ammunition for both rifle and pistol.  Among the famous Western characters that carried the Winchester ’73 were Buffalo Bill (William F. Cody), the outlaws Jesse and Frank James, and the Apache leader Geronimo.  In addition, modern ballistic experts have revealed that at least eight different Winchester ‘73s were used by Indians at the Battle of the Little Bighorn in 1876!