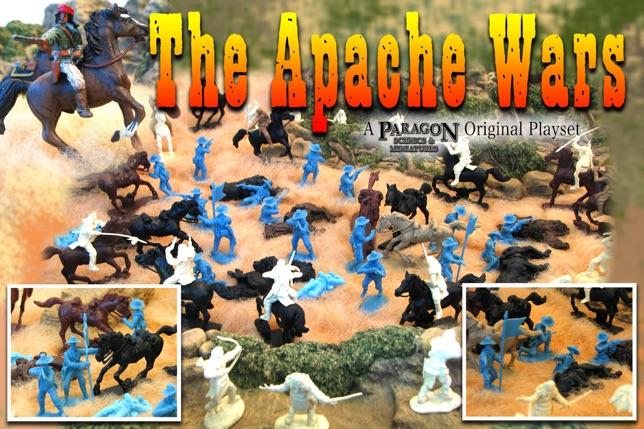 and trees - no ground cover.

The Apache Wars were a series of armed conflicts  between the United States Army and various Apache nations fought in the southwest between 1849 and 1886, though minor hostilities continued until as late as 1924. The United States inherited conflicts between American settlers and Apache groups when Mexico ceded territory after the Mexican-American War in 1846. These conflicts were continued as new United States citizens came into traditional Apache lands to raise livestock, crops and to mine minerals.The United States Army established forts to control the Apache bands.  In 1886 the US Army put over 5,000 men in the field to wear down and finally accept the surrender of Geronimo and 30 of his followers.This is generally considered the end of the Apache Wars.

Comes in white playset box with artwork and outside shipping box. UPS oversize shipping in the US is $50.00

Limited run...these will ship from our Mid-West warehouse. Available to ship Friday 12/10/21