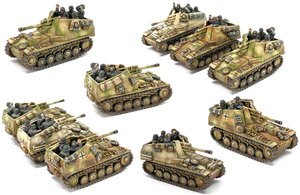 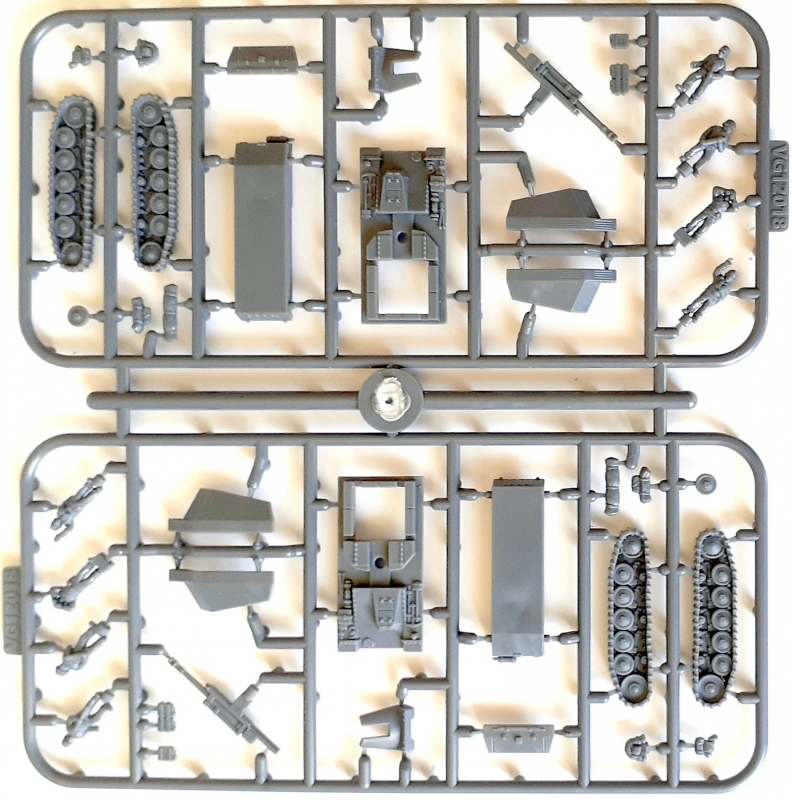 The Wespe was a self-propelled artillery based on the Panzer II chassis mainly employed by the Panzer- and Panzergrenadier-Divisions from Summer 1943 onwards.

This model looks fantastic and the frame is packed with little extras such as stowage and four crew figures.