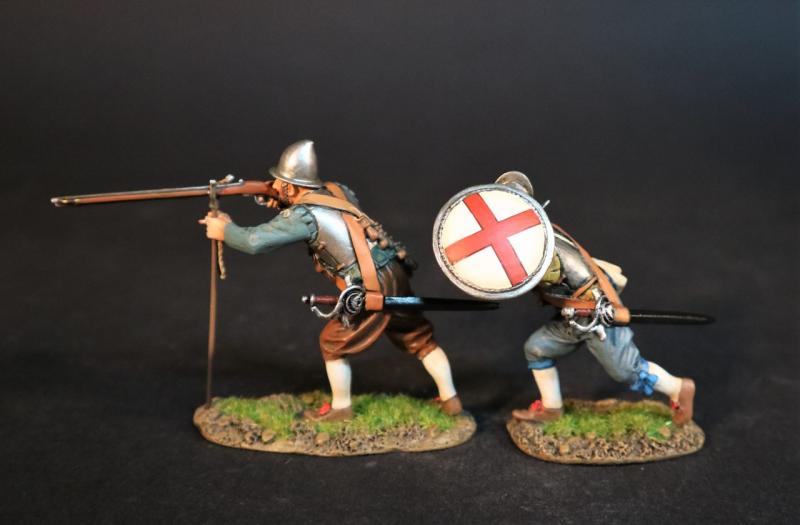 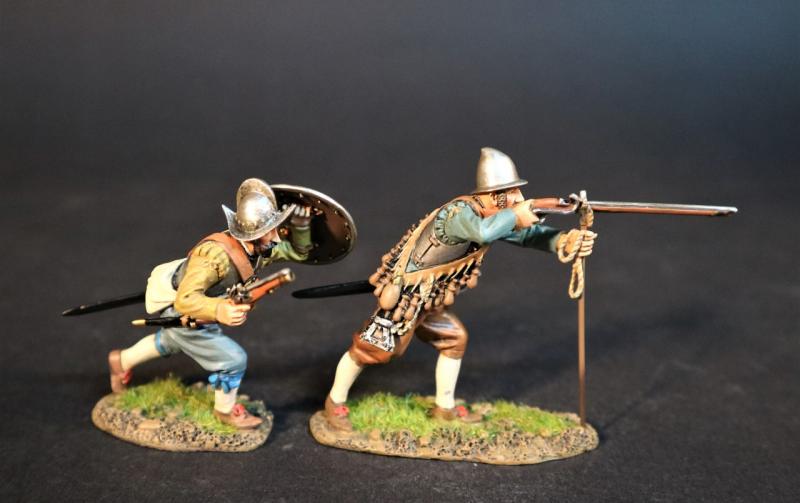 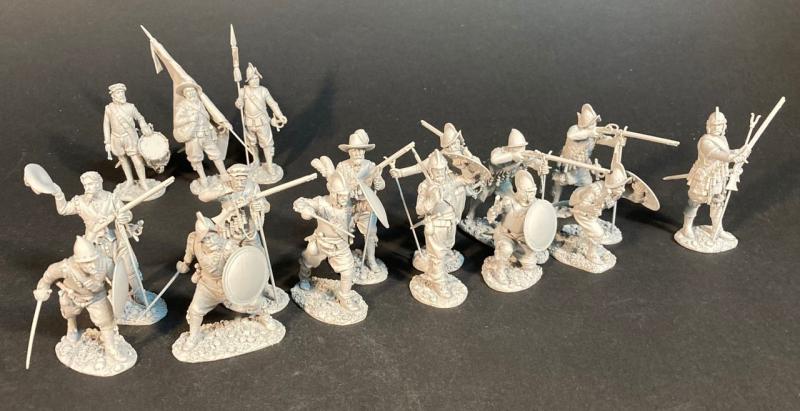 Virginia Militia, The Jamestown Settlement, The Anglo-Powhatan Wars, The Conquest of America--two figures
$90.00

Virginia Militia, The Jamestown Settlement, The Anglo-Powhatan Wars, The Conquest of America

Spain, Portugal, and France moved quickly to establish a presence in the New World.  The English did not attempt to establish colonies until many decades after their explorations of John Cabot, with early efforts proving to be failiures, most notably the Roanoke Colony which vanished around 1590.

The Jamestown settlement in the colony of Virginia was the first permanent English settlement in the Americas.  It was located on the northwest bank of the James (powhatan) river, about 2 ½ miles southwest of the centre of modern Williamsburg. It was established by the Virginia Company of London, as James Fort on May 4th 1607.

The Anglo-Powhatan Wars were three conflicts fought between settlers of the Virginia Colony and Algonquin Indians of the Powhatan Confederacy in the early seventeenth Century.

The first war started in 1609 and ended in a peace settlement in 1614.  After several years of strained co-existence, Chief Opechancanough and his Powhatan Confederacy attempted to eliminate the English colony.  This was the start of the second war which was to last from 1622 to 1626.  On the morning of March 22, 1622, the confederacy attacked outlying plantations and communities along the James River in what became known as the Indian Massacre of 1622.  More than 300 settlers were killed in the attack, which was about a third of the colony’s English speaking population.  Jamestown was spared only through a timely warning by a Virginia Indian employee.

Powhatan war practice was to wait and see what would happen after inflicting such a blow, in hopes that the settlement would simply abandon their homeland and move on elsewhere.  However, English military doctrine called for a strong response, and the colonial militia marched out nearly every summer for the next 10 years and made assaults on Powhatan settlements.

Opechancanough was to sue for peace in 1623.

The war lasted until Samuel Argall captured Wahunsenacawh’s daughter Matoaka, better known by her nickname Pocahontas, after which the chief accepted a treaty of peace.

The third war lasted from 1644 until 1646 and ended when Opechancanough was captured and killed.  The war resulted in a defined boundary between the Indians and colonial lands that could only be crossed for official business with a special pass.  This situation lasted until 1677 and the Treaty of Middle Plantation which established Indian Reservations following Bacon’s Rebellion.