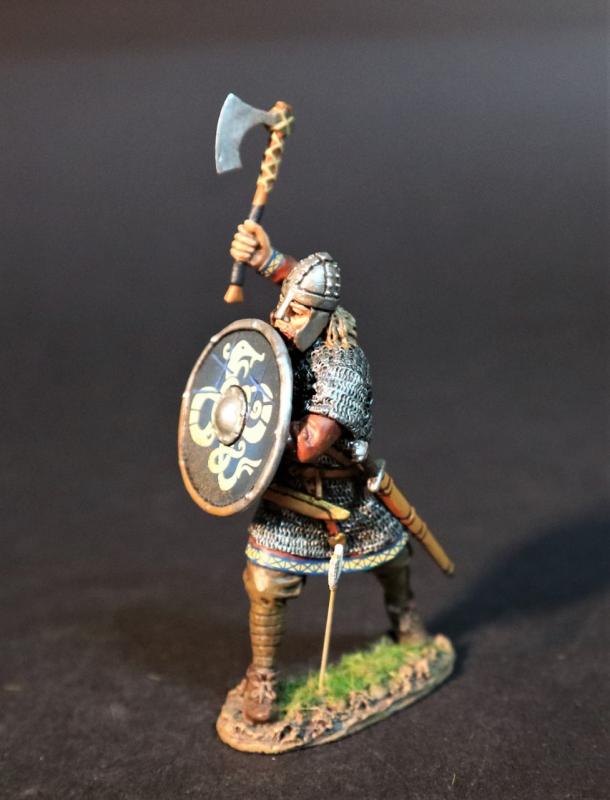 Viking Warrior with Axe and Shield (black shield with white World Serpent), the Vikings, The Age of Arthur--single figure
$54.00

Viking Warrior with Axe and Shield (black shield with white World Serpent), the Vikings, The Age of Arthur