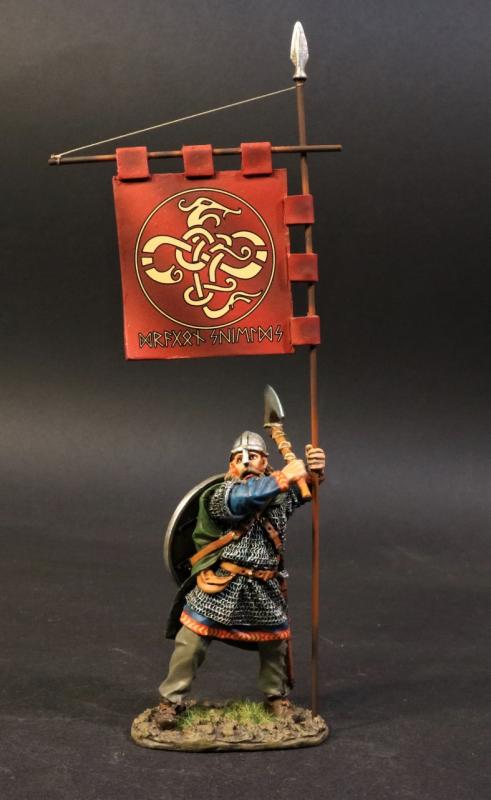 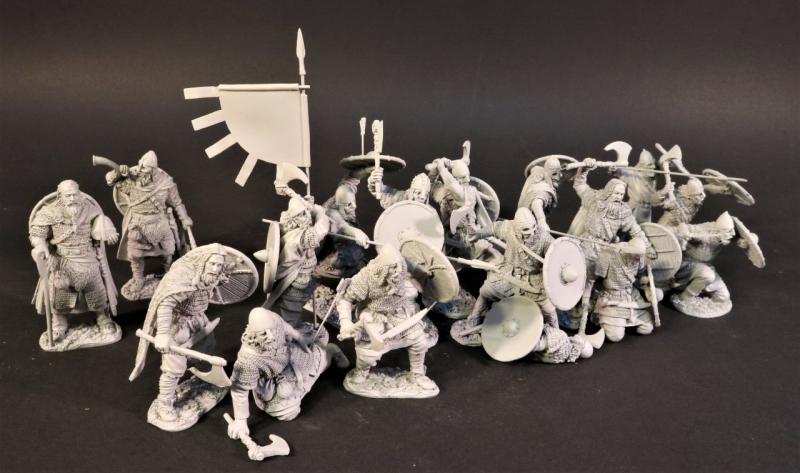 The formation of a shield wall (Skjaldborg in Old Norse) was a popular military tactic that was commonly used in many parts of Northern Europe, especially England and Scandinavia.  There were many slight variations of this tactic, but, in general, a shield wall was a “wall of shields” formed by warriors standing in formation shoulder to shoulder, holding their shields so that they abut or overlap.  Each warrior benefited from the protection of his neighbours’ shields as well as his own.  The shield-wall tactic suited inexperienced troops such as the English Fyrd or free peasant, as it did not require extraordinary skill, being essentially a shoving and fencing match with weapons.  The first three ranks of the main wall would have been made up of select warriors, such as Huscarls and Thengs, who carried heavier weapons and wore armour.  The vast majority of opponents were armed with spears, which they used against the unprotected legs or faces of their opponents.  Often soldiers would use their weapons to support each other by stabbing and slashing to the left or the right, rather than just ahead.  Short weapons such as the ubiquitous seax could also be used in the tight quarters of the wall.

The tactic was used at the Battle of Stamford Bridge, where the relatively well-armed Saxon army attacked the army of King Harald Sigurdsson of Norway.  The Vikings were not wearing as much armour, having left their chain mail behind on the ships and wearing only their helmets, and, after a bloody shield wall battle, they broke and fled in panic.