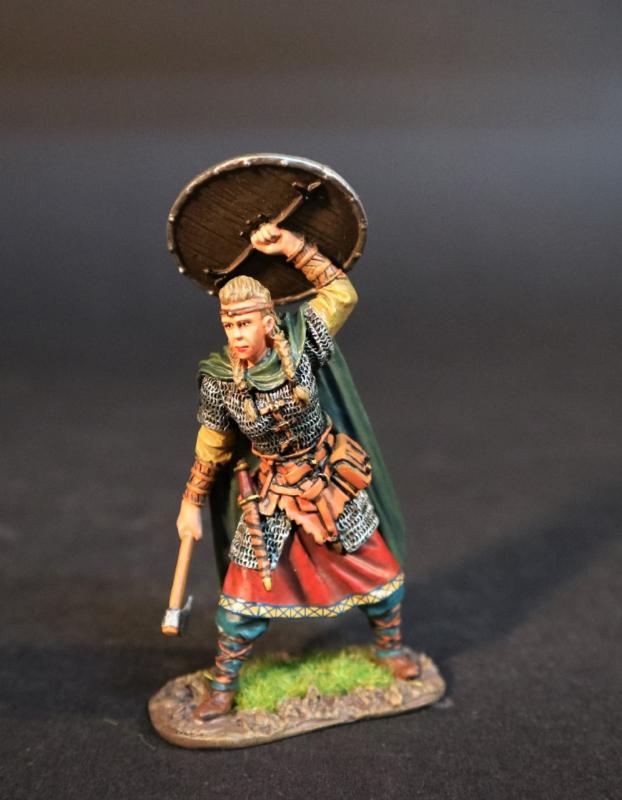 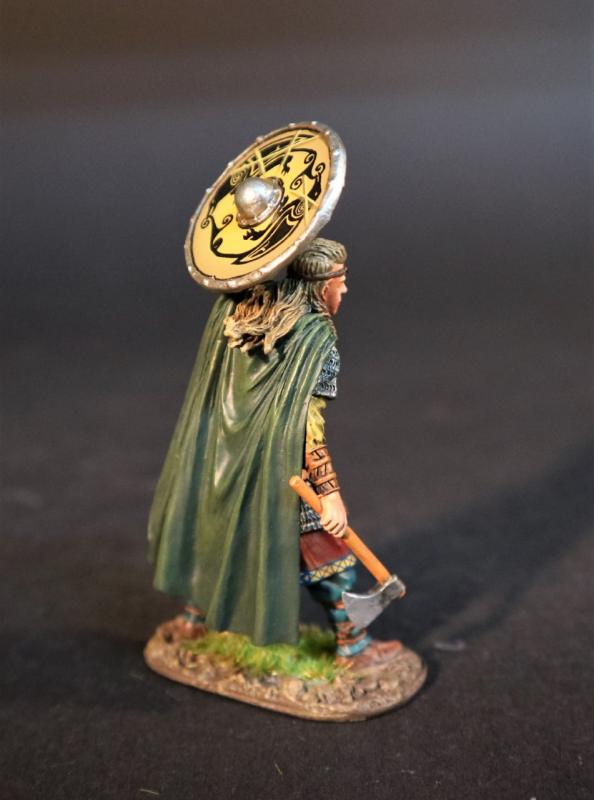 A shield-maiden was a female warrior from Scandinavian folklore and mythology.  They are often mentioned in Viking Sagas, and also in Germanic stories of the Goths, Cimbri and Marcomanni.  The mythical Valkyries may have been based on such shield maidens.

There is little actual historical evidence for Viking female warriors, although there are graves of female settlers which have contained weapons. The historical evidence that Viking Age women took part in warfare, are based on a Byzantine historian’s records that women fought in battle when Sviatoslav I of Kiev attacked the Byzantines in Bulgaria in 971 CE.  In the Siege of Dorostolon, the Varangians suffered a devastating defeat.  The victors were stunned to discover armed women among the fallen warriors.  The Saxo Grammaticus, reports that shield maidens fought on the side of Danes at the Battle of Bravellir in the year 750 AD

Examples of shield maidens mentioned by name in the Norse Sagas include Brynhildr in the Volsunga Saga.

Two shield maidens appear in certain translations of the Hervarar Saga.  The first of these, whose name was Hervor, was known to have taken up typically masculine roles early in her childhood and often raided travelers in the woods dressed as a man.  Later in her life, she claimed the cursed sword “Tyrfing” from her father’s burial site and became a seafaring raider.  She was eventually to marry and settle down.  Her granddaughter was also named Hervor and commanded forces against the attacking Huns.  Although the Saga remarks on her bravery, she was mortally wounded and dies on the battlefield.