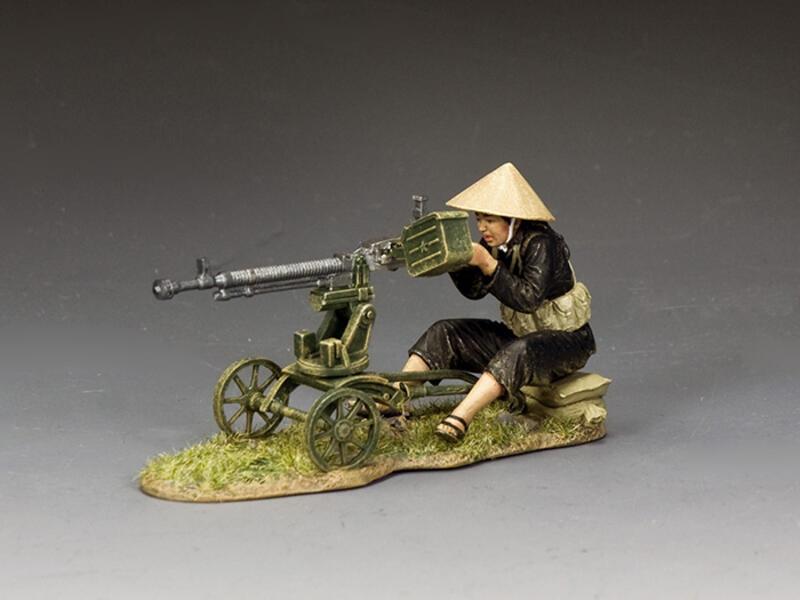 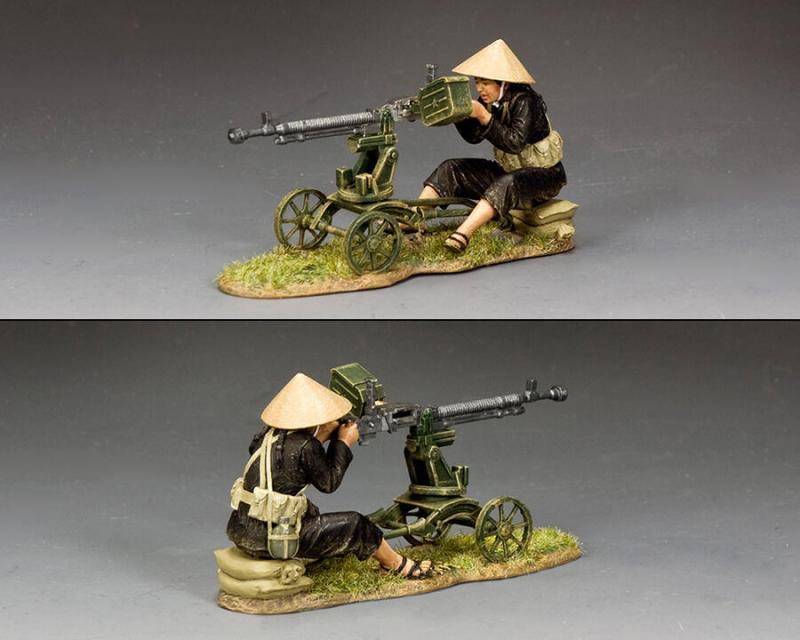 Last month we released the North Vietnamese Army version of the DShK 12.7mm Heavy Machine Gun in the anti aircraft role.  These same guns were also supplied to the Viet Cong to be used in the ground defense role.  As such, most of them were mounted on small, wheeled carriages that could be man-handled around the battlefield and pulled by one or two men (and women too).  Our gunner here is a young female volunteer.

"TAKING ON THE HUEYS!"

Requiring a heavy machine gun, similar to the .50 calibre M2 Browning, the Soviets began work on this project as early as 1929 and provided the first working samples by 1931 using a 30-round drum magazine.  Actual experience and a number of innovations resulted in a much improved, belt-fed adaption that led to the introduction of the DShK 1938, which saw plenty of action throughout Red Army service in WWII and for many years and wars afterwards.

One country that utilized thousands of these DShK ‘38s was North Vietnam, especially in the ‘Anti Aircraft’ role.  Batteries of these heavy machine guns were situated throughout the North, protecting all kinds of strategic targets from the attacks of American fighters and bombers.

In addition, other DShK ‘38s were sent down south to help protect, North Vietnamese Army regulars and local Viet Cong guerrillas against aerial assault by South Vietnamese and U.S. Army helicopter gunships which had, until then, been dominating the battlefield.