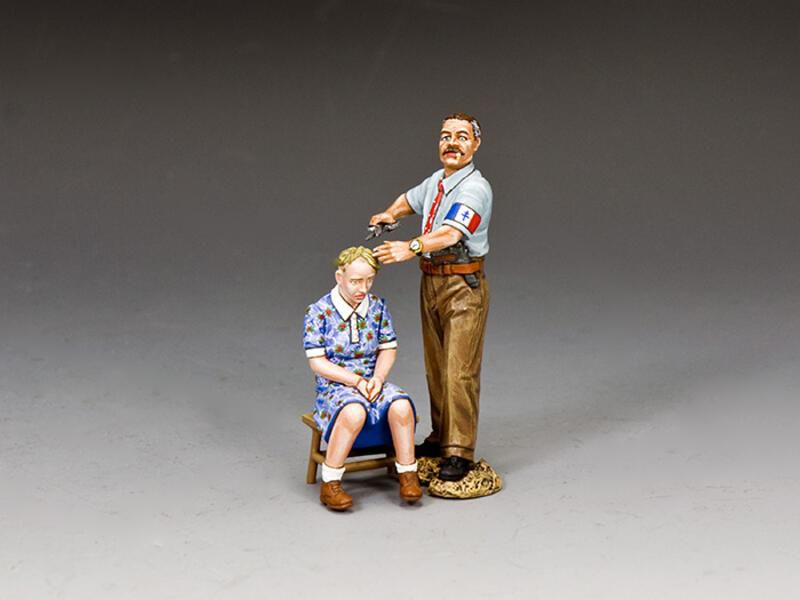 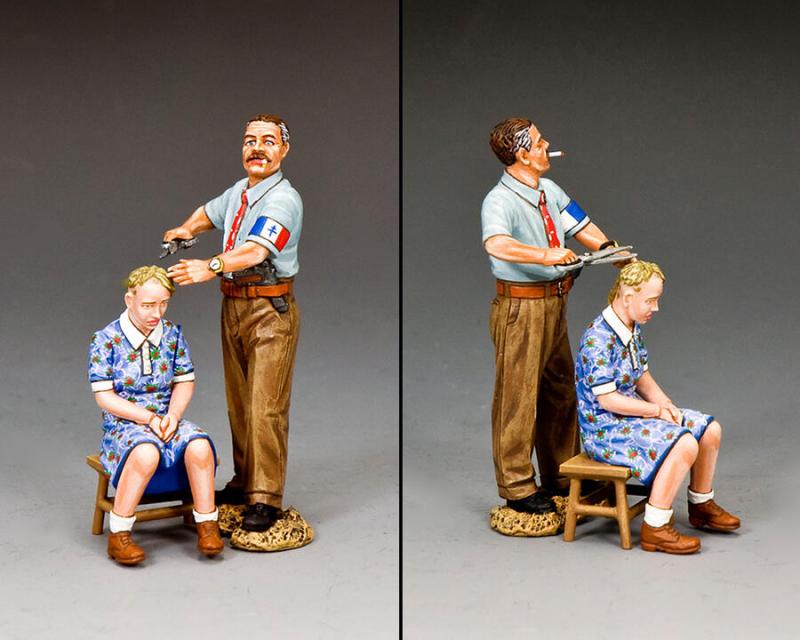 "Victims of the Purge’ The Barber & His Victim--two WWII French figures
$95.00

"Victims of the Purge’ The Barber & His Victim

As French towns and village all across Normandy were liberated by the Allies local Resistance Groups (Les Maquisards) together with many local residents began to take their revenge on anyone thought to have helped or associated with the recent German occupiers.

After four years of occupation, together with hunger, fear, and perhaps a little shame, it was time to seek revenge and retribution on those who had profited from the hated ‘Boche’ or had cooperated with the enemy in a more ‘horizontal’ fashion.  Collaborators of all shapes and sizes and to all degrees were sought out and often subjected to fierce interrogation and swift, violent punishment.  Women in particular, who were denounced or simply suspected of enemy collaboration were among the most prominent victims.

A forlorn young women sits alone and fearful as a male member of the resistance outs off her hair in front of a jeering crowd of onlookers.  Because she has no child she may suffer further cruelty and humiliation.  Some women collaborators were also ‘tarred and feathered’ before being expelled from their towns and villages.  For many male collaborators punishment was even worse:  they would be physically beaten, then shot or hanged!