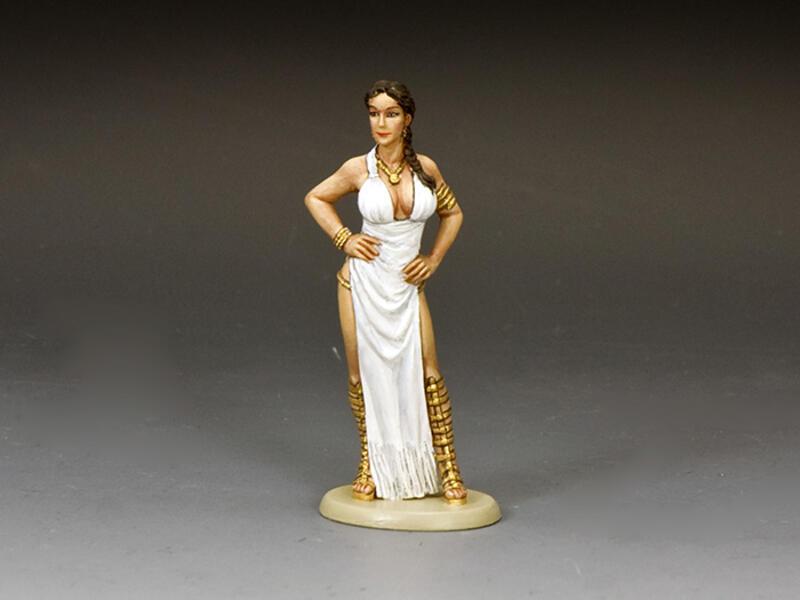 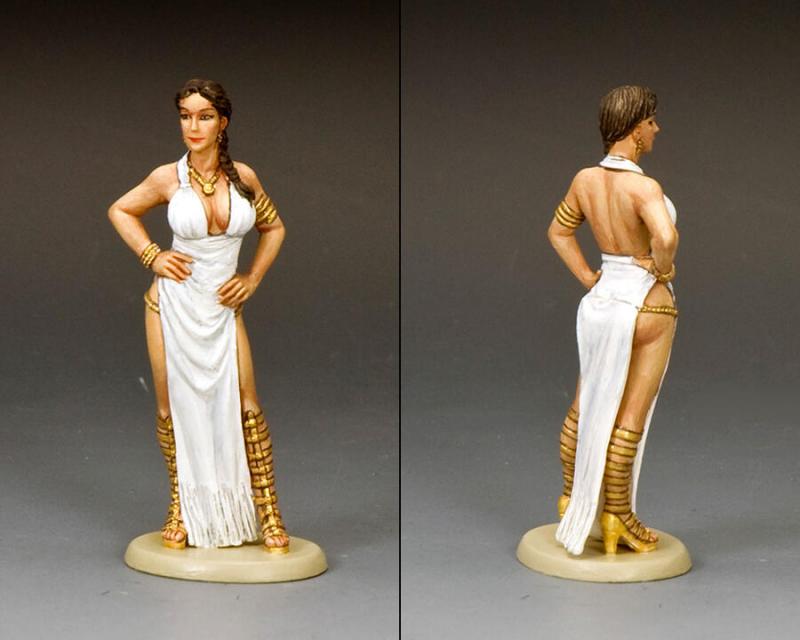 One of the best known and most notorious was Valeria Messalina…

This high-born woman was the cousin of two emperors, Nero and Caligula and the great-grandniece of the Emperor Augustus.  A powerful and ambitious woman she become the third wife of the Roman emperor Claudius.

Little is known of her early life prior to her marriage to Claudius in AD38.  She would go on to bear two children by the ruler:  a daughter Claudia Octavia and a son Britannicus.

When her cousin, Caligula, was murdered in AD41 by his Praetorian Guard, her husband Claudius was proclaimed the new emperor and Messalina became empress.  After this accession to power, Messalina rapidly gained a reputation as ruthless, predatory and sexually insatiable!

Over the centuries she has been notably featured in many ancient histories as well as more modern novels, films, and television series.

Our K&C version of the empress portrays her at the height (or perhaps depth) of her seductive powers during her husband’s reign.