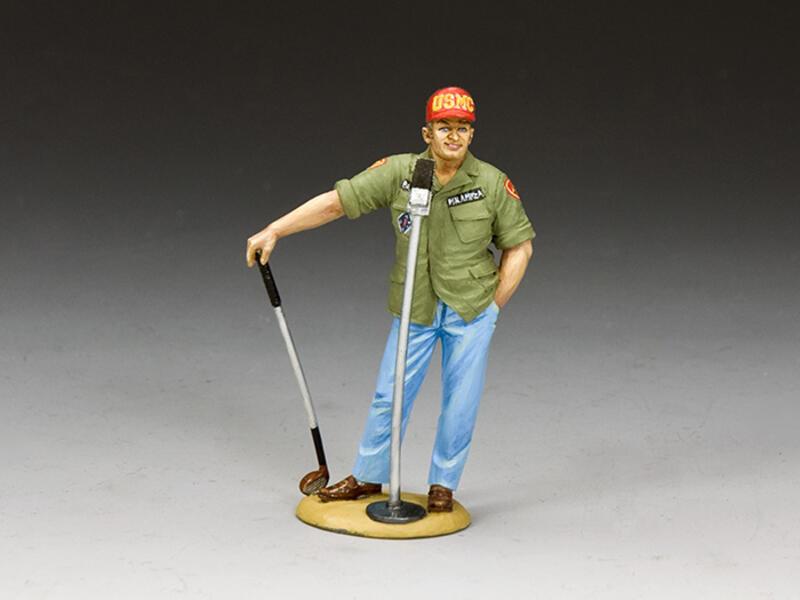 Here is a real entertainer who actually did so much for the troops over there with his annual ‘Bob Hope Christmas Show’.

From 1964 to 1972, one of the few constants of the conflict and one of the most eagerly anticipated was the yearly visit by one of America’s most popular comedians… Mr. Bob Hope.

Beginning in WWII, this great entertainer logged millions of miles flying around the globe with his hand-picked tame of singers, dancers, and musicians to put on shows for the U.S. Military on airfields, aircraft carriers, army camps, hospitals, and dozens of other locations wherever GIs were stationed.  As the numbers of U.S. Military in South Vietnam grew each year, so too did the length of each ‘Christmas Show’ and the venues expanded.

Here, the comedian is wearing a USMC Field Shirt decorated with no less than three divisional patches of the three U.S. Marine Corps divisions that served in Vietnam.  Bob’s headgear is a red ballcap with USMC proudly on the front.