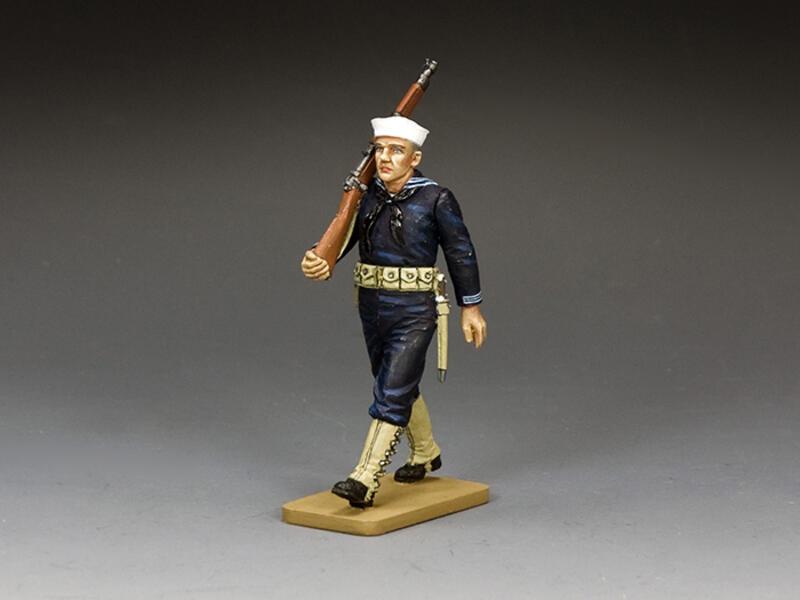 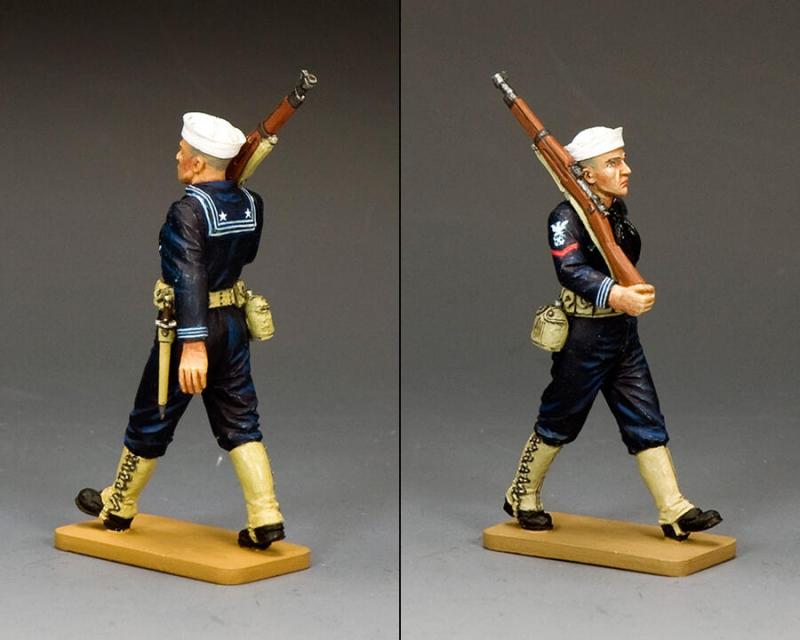 The M1903 Springfield Rifle was an American five-round, magazine-fed, bolt-action rifle used primarily in the first half of the 20th Century.

All of these ‘bluejackets’ are wearing web belt order complete with 10 x ammunition pouches, a water canteen and a sheathed bayonet in addition to long web gaiters.