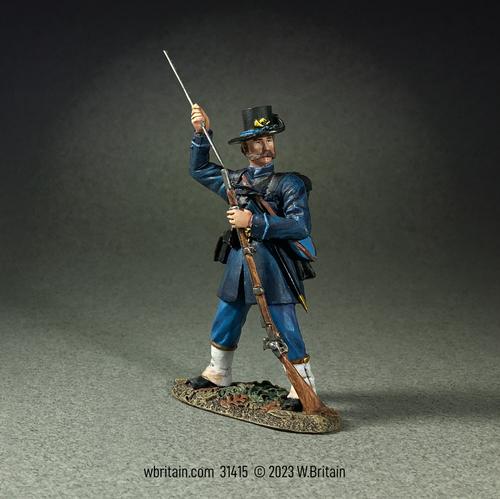 Introduced in the early 1820s, the percussion cap was a type of single-use ignition device for muzzle loaded firearms.  When released, the lock’s hammer fell on the percussion cap and set off a small explosive charge discharging the weapon.  Even though research shows the Confederate army did use flint-lock ignition muskets during the early stages of the war, the percussion system was the most predominate through the entirety of the American Civil War.  This figure represents a union soldier removing a percussion cap from his “cap box” to quickly re-arm his modern, percussion, rifled musket.