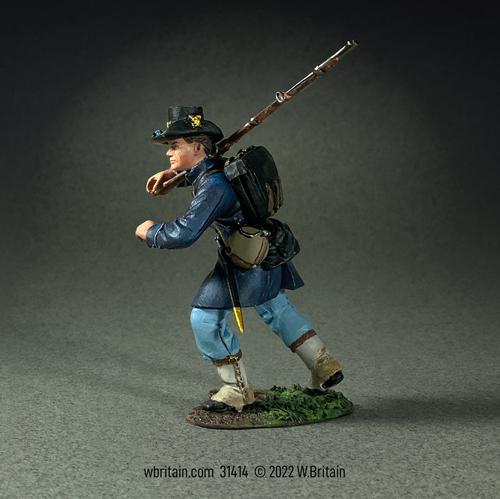 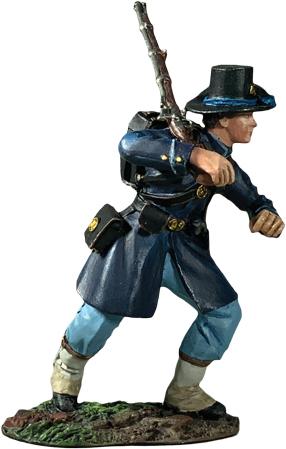 The uniform of the Iron Brigade differed somewhat from the standard uniform of the Union army during the American Civil War.  The trimmed, enlisted man’s frock coat was the regulation dress for Infantry, Heavy Artillery, Engineers, and the Ordnance Department during the war.  The most famous of these was probably the Iron Brigade.  The coat is adorned with many regulation brass buttons and is trimmed in blue piping for infantry.  This soldier is wearing gaiters made of linen, cotton, or canvas duck.  They are believed to have protected the soldier’s feet from snake bites.