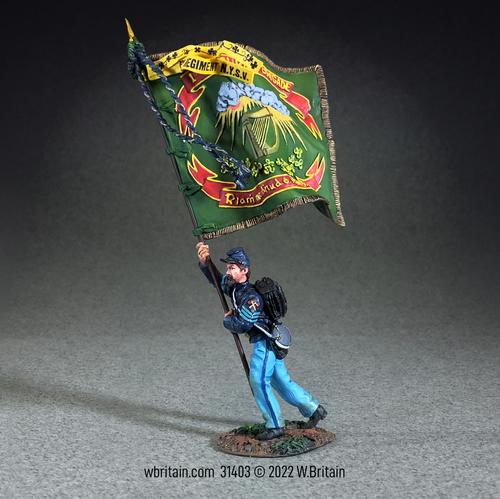 This Union NCO carries the Irish Brigade flag of the 69th New York Infantry Regiment, affectionately referred to as the “Fighting 69th.”  The Irish Brigade was known in part for its famous war cry Faugh A Ballagh, which is an Irish phrase meaning “Clear The Way.”  The Irish Brigade participated in almost all the engagements of the Army of the Potomac during the civil war suffering horrific casualties.