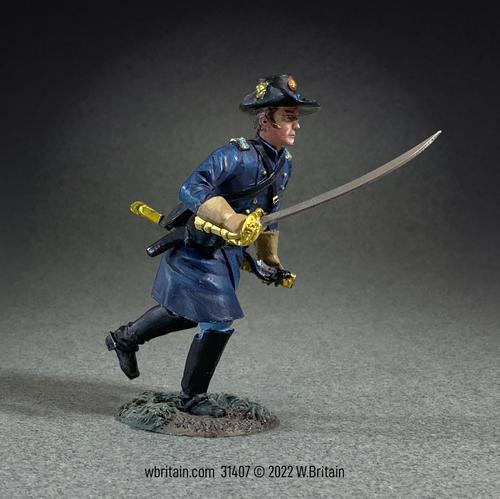 The attire of the Iron Brigade was more along the lines of the out-dated U.S. Army dress uniform than the common infantryman’s kit.  Probably its most conspicuous feature being the Model 1858 Dress, or Hardee, hat.  The tall, blocked, brimmed, black felt hat was designed by career officer, William J. Hardee, the then Commandant of West Point (he was also the author of the most widely-used drill manual of the Civil War, colloquially known as Hardee’s Tactics).  U.S. Army regulations specified that the hat should be adorned with a brass device and a wool hat cord denoting the branch of service:  sky blue for infantry; red for artillery; and yellow for cavalry.  The brim was to be pinned up on the left for infantry soldiers and on the right side for officers.  A black ostrich feather completed the the headgear’s ostentatious display.  The soldiers hated it.  They found it too hot and heavy and preferred a slouch or forage cap instead.