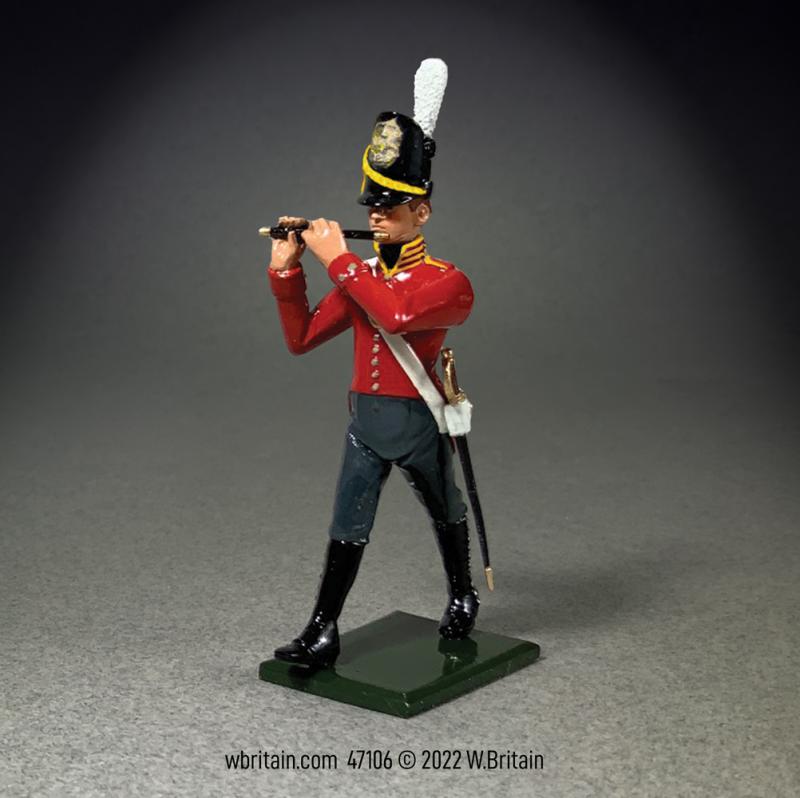 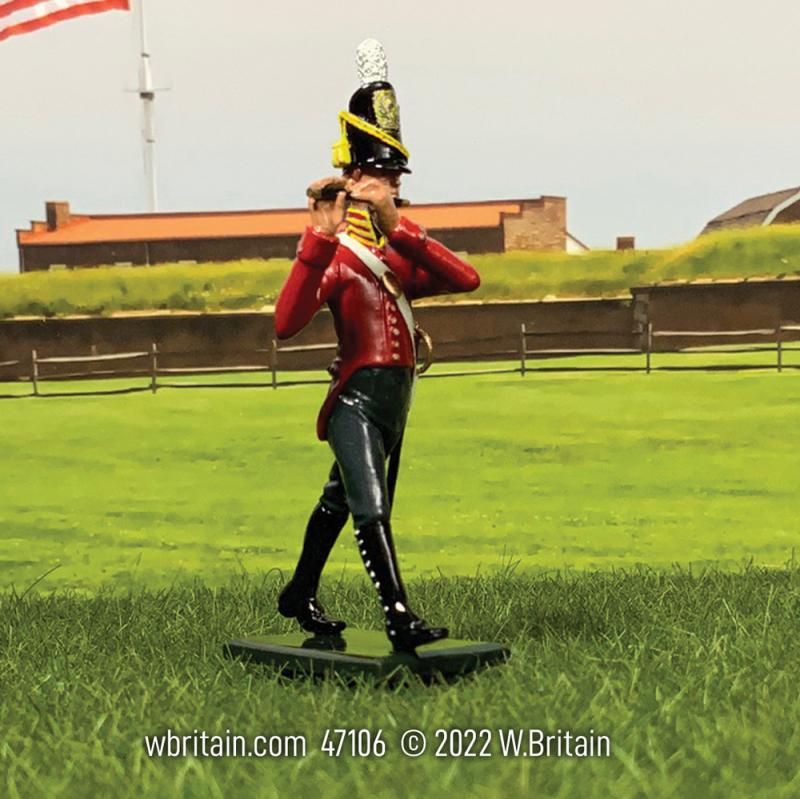 Boys or weedy recruits were often used as fifers if they had the skill and sufficient wind. A variety of tunes were played, including many traditional pieces also played in the British Army. The British and American made fifes were also nearly identical throughout the 18th century and extending well into the 19th, the tonewood of choice was boxwood. Turkish boxwood was preferred, as it was thought that the dry climate might produce wood less susceptible to warping, but in truth, all boxwood, unless perfectly seasoned and used in extremely short pieces, tends to warp. At least one Philadelphia maker was known to use tropical tonewoods such as rosewood, and by the 1820-30s American manufacturers had virtually abandoned the use of boxwood. However, British makers continued to use it revealing the disdain for the fife as a true musical instrument worthy of their time and trouble; to them, fifes were simply military signal instruments whose small market held little potential profit.