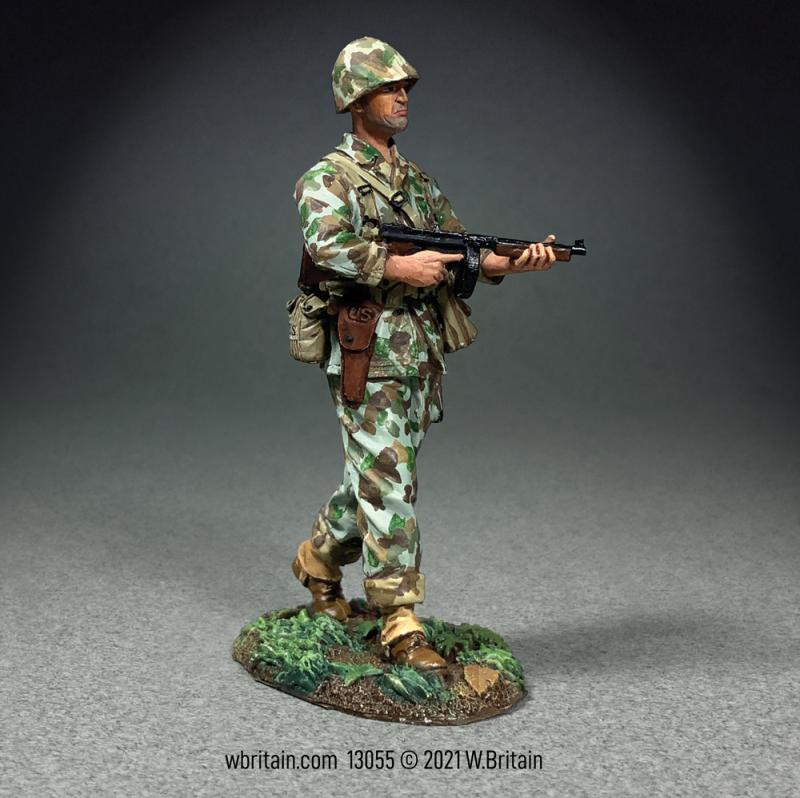 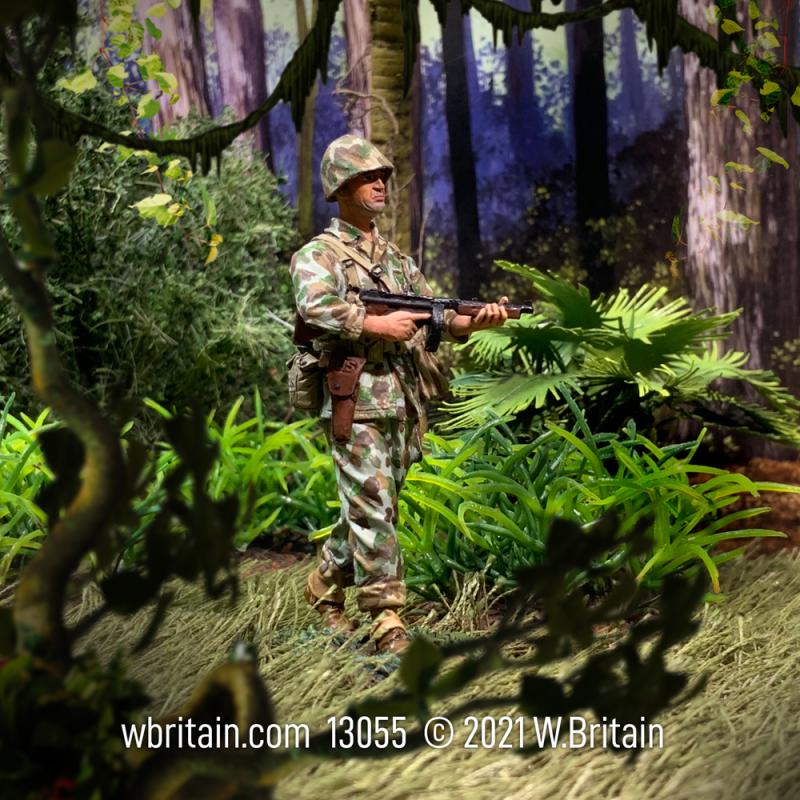 Originally established by the United States Marine Corps during World War II, Raiders were a special operations force and an “elite force within an elite force.” The Marine Raiders battledress was the M1942 Frog Skin pattern, which was reversible with a five-color jungle pattern on one side and a three-color beach pattern on the other. This Leatherneck carries the M1928 Thompson submachine gun with a 100-round drum magazine, a pouch for an additional 5, 20-round stick magazines, and an Automatic Pistol, Caliber .45, M1911A1 on his hip. The Raider battalions were disbanded on 8 January 1944. The changing nature of the war in the Pacific, i.e., large-scale amphibious assaults, negated the need for small light units that could surreptitiously strike deep into enemy territory.