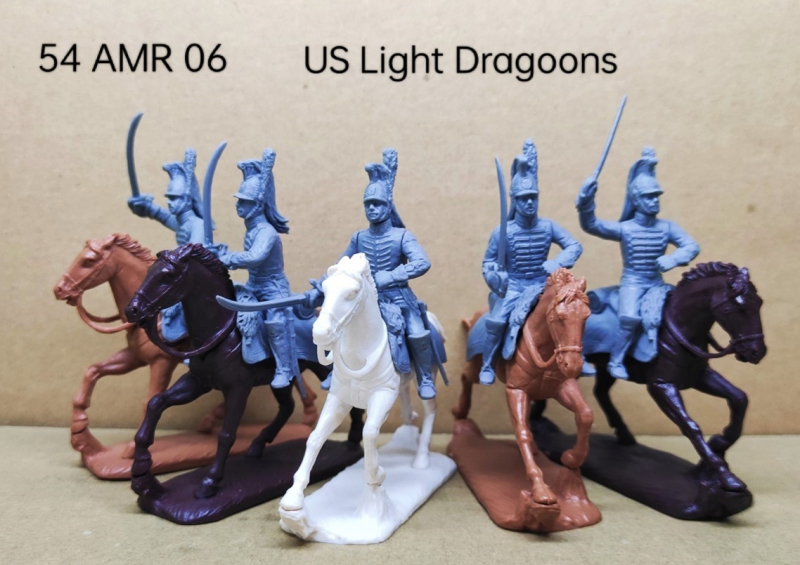 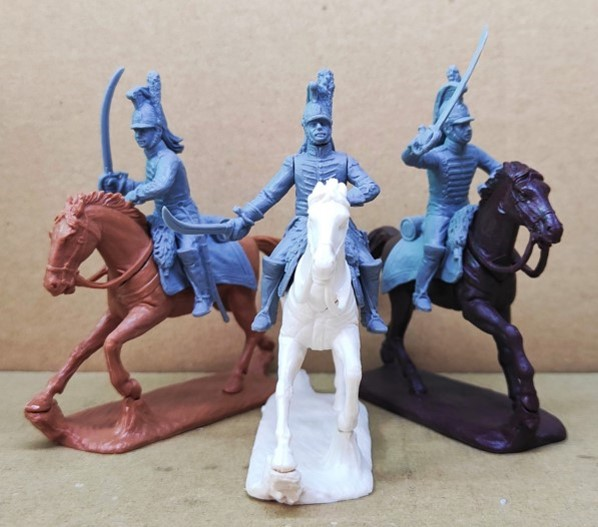 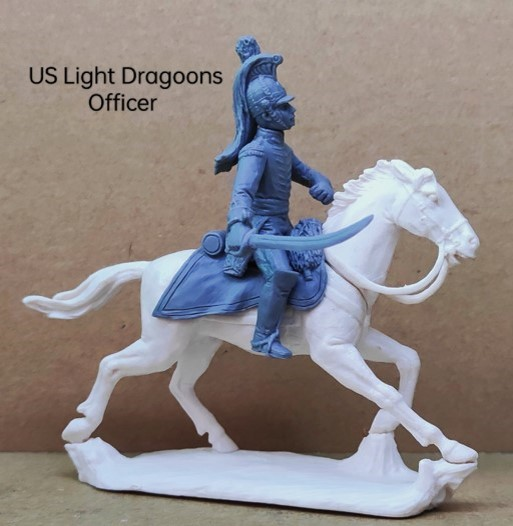 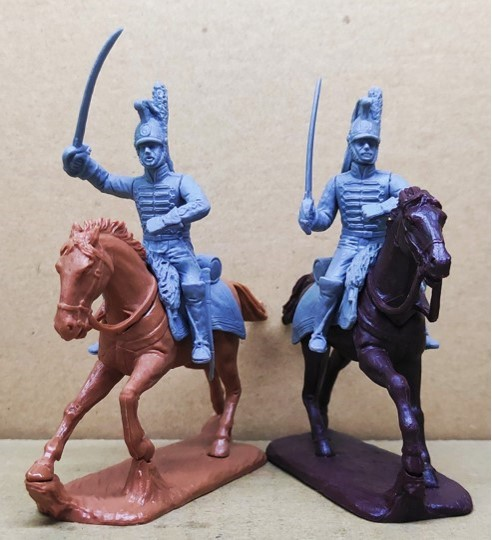 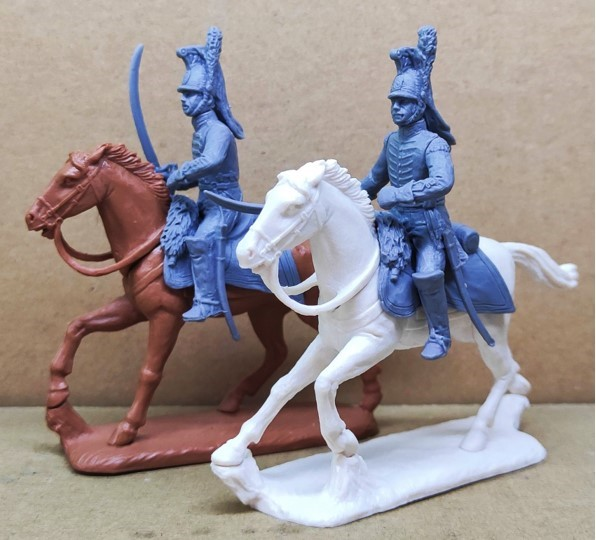 The set contains 5 model soldiers plus 5 horse models, comprising of 1 mounted officer and 4 mounted troopers.  The heads and arms are interchangeable to enable the assembly of different postures.  Although there were no famous cavalry charges during the War of 1812, the cavalrymen played a significant role in the conduct of the war.  It shall not be omitted in our range.

The U.S. Light Dragoon uniforms are simply gorgeous. They are issued with the sabre and pistols but not a carbine.