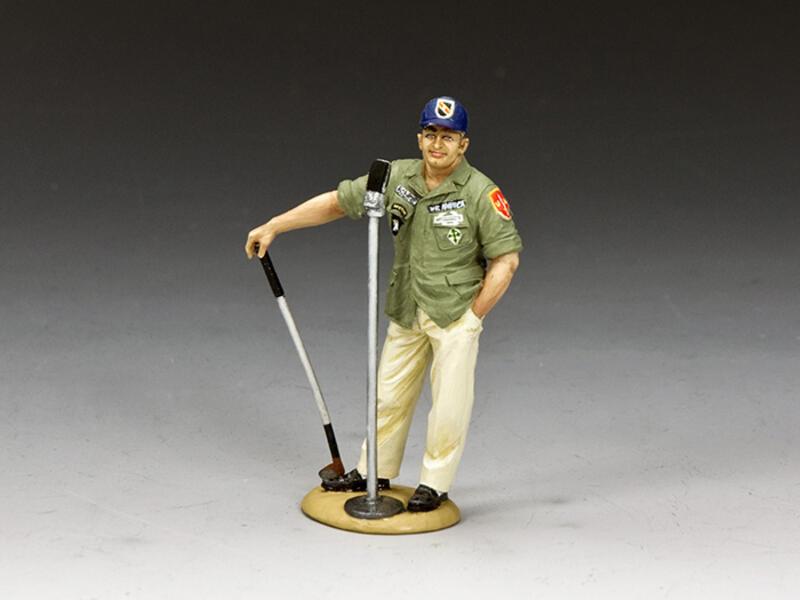 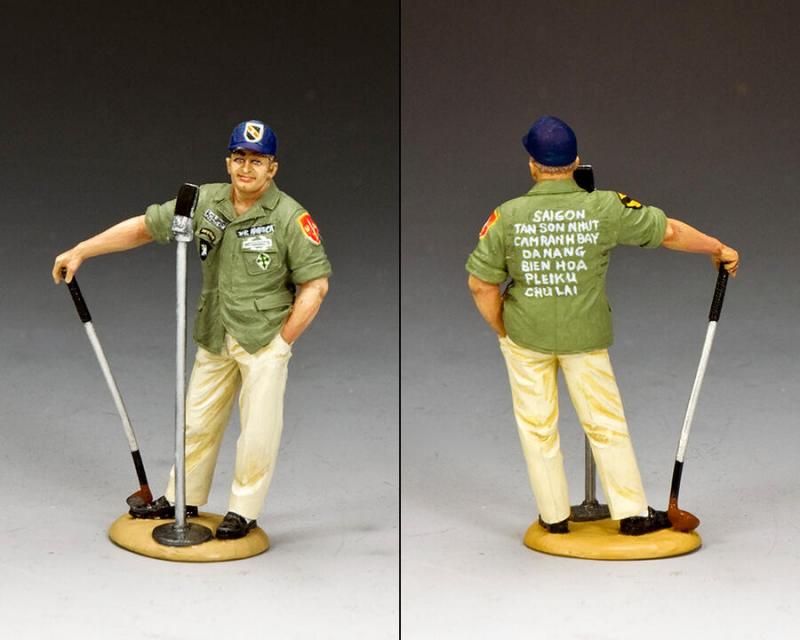 Here is a real entertainer who actually did so much for the troops over there with his annual ‘Bob Hope Christmas Show’.

From 1964 to 1972, one of the few constants of the conflict and one of the most eagerly anticipated was the yearly visit by one of America’s most popular comedians… Mr. Bob Hope.

Beginning in WWII, this great entertainer logged millions of miles flying around the globe with his hand-picked tame of singers, dancers, and musicians to put on shows for the U.S. Military on airfields, aircraft carriers, army camps, hospitals, and dozens of other locations wherever GIs were stationed.  As the numbers of U.S. Military in South Vietnam grew each year, so too did the length of each ‘Christmas Show’ and the venues expanded.

This figure wears the standard U.S. Army Field Shirt adorned with oversized full colour patches of the Air Cavalry and the MACV (Military Assistance Command Vietnam).  On his head, ‘Bob’ wears a navy blue ballcap with a Green Berets cap badge.  On the back of both field shirts are a list of just some of the typical venues around South Vietnam where the shows were staged.