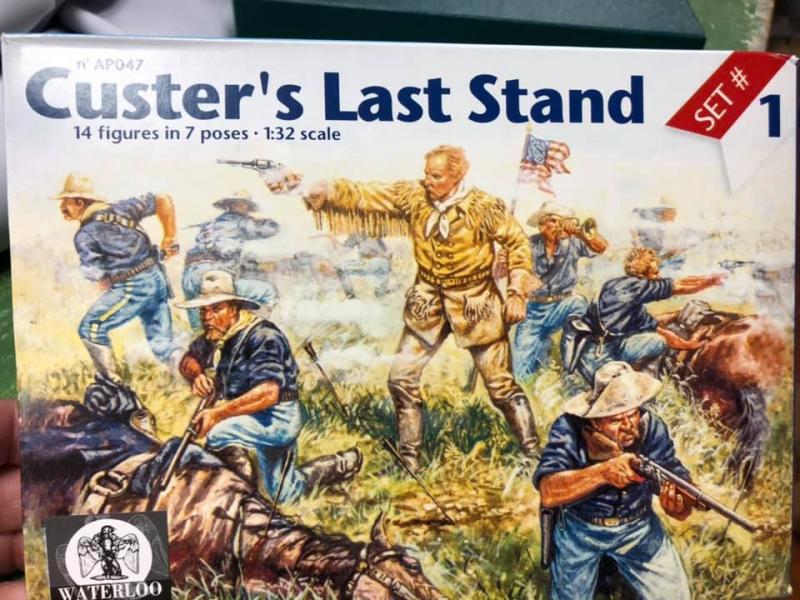 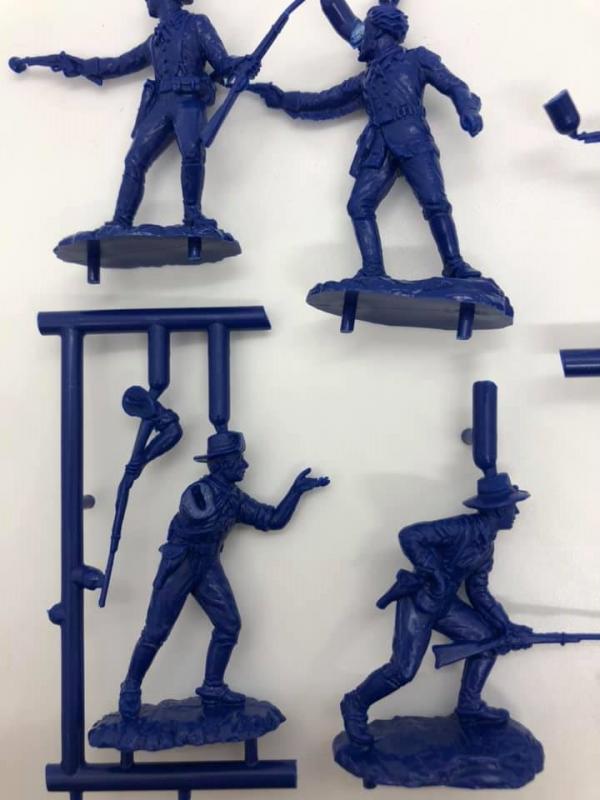 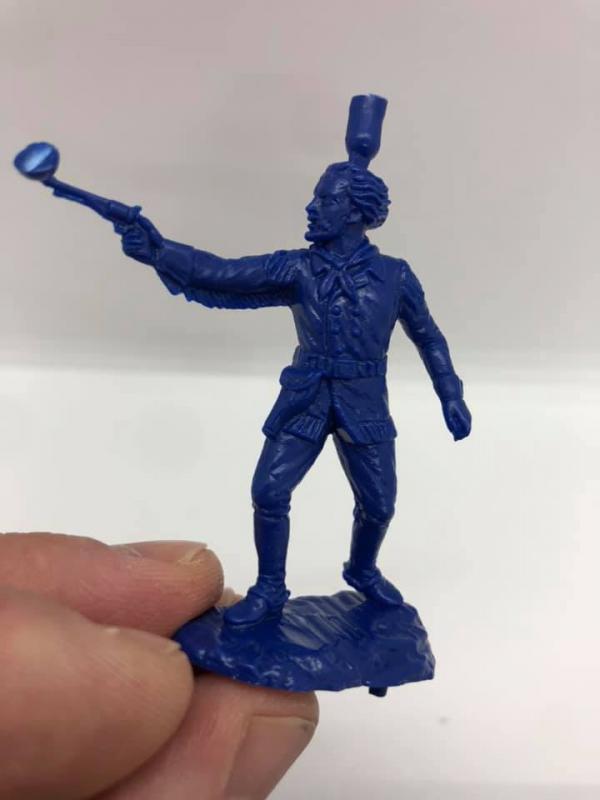 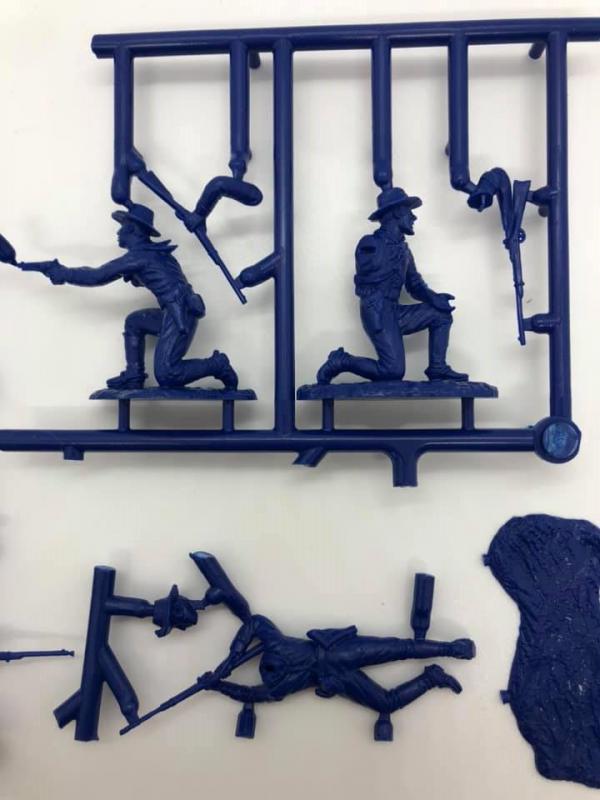 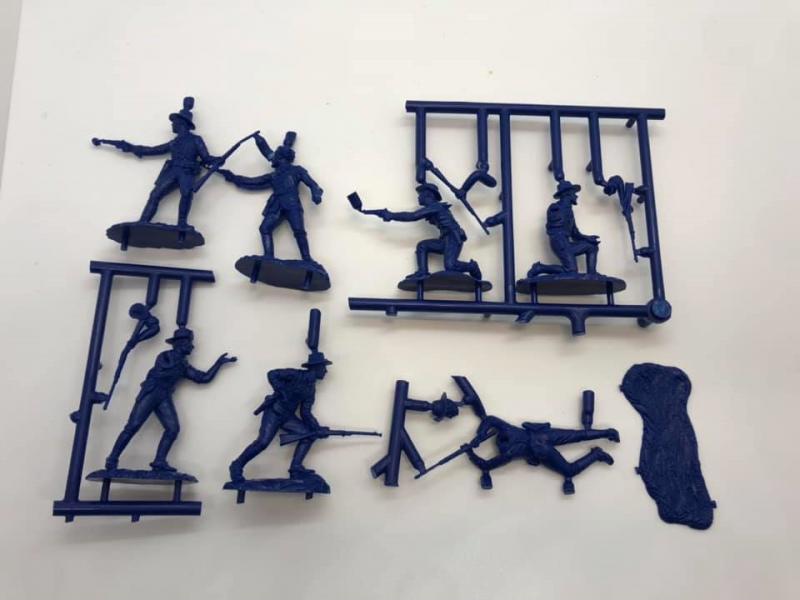 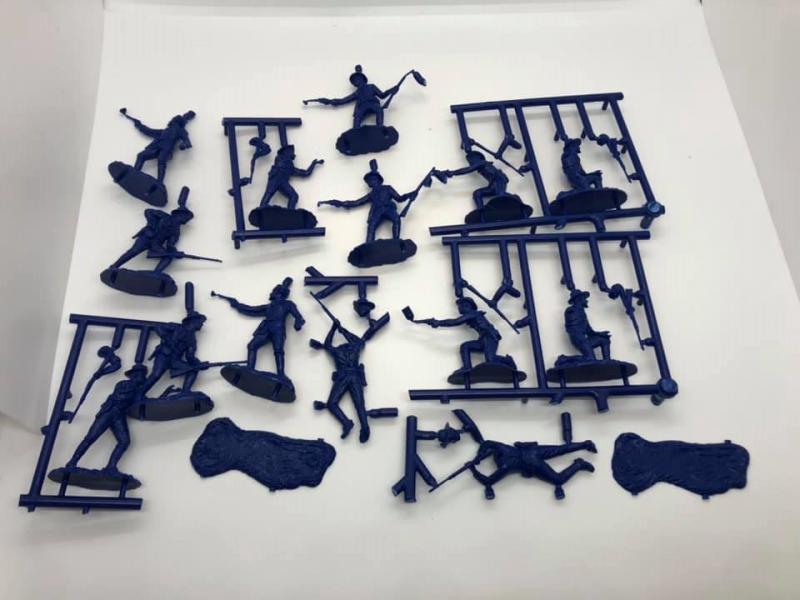 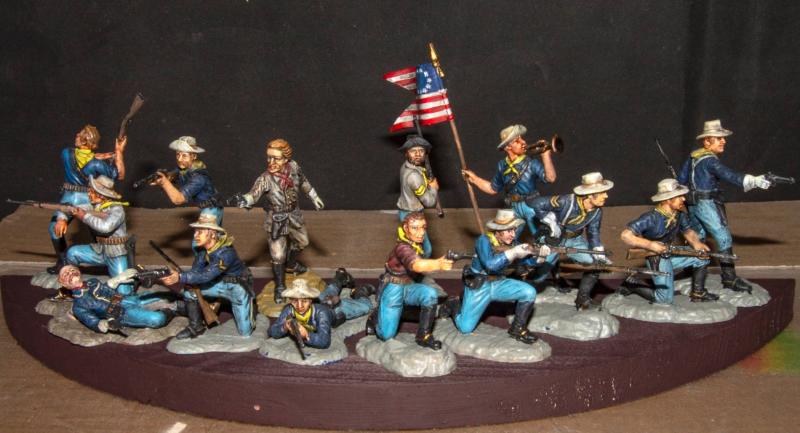 14 Figures in 7 poses. Some assembly required.

The 7th US Cavalry still serves to this day, but it was first raised in September 1866, and obviously this set is concerned with those early years.  The post-civil war period found the US army concerned mainly with policing the expansion of the United States westwards and, less famously, policing the defeated southern states as preparations were made for their re-admittance into the Union.  The fact that this regiment is better known than any other stems from two actions during those early years.  The first, the Washita Massacre of 1868, was a shameful episode that was mainly distinguished by the number of people murdered, and the second, the Battle of the Little Big Horn, was a disastrous defeat that nevertheless ensured, in books, films and other media, that the regiment would forever be associated with fighting natives.

The uniform of the US Cavalry at this time was that of the civil war, not least since vast stockpiles of clothing were in government storehouses and the army was rapidly shrinking.  It consisted of a short shell jacket and the classic peaked forage cap or ‘bummer’, which had served the men well during the war.  However, conditions in the West were somewhat different, and the men found themselves facing days and weeks in the saddle in extremes of both heat and cold with little support in that thinly-populated and often hostile environment. As a result practicality was the order of the day – even more so than most other armies in history, which rarely exhibit the neat uniformity so beloved of modelers.  The precise clothing would depend on the circumstances, particularly the weather, but all these men wear either the fatigue jacket, commonly called the sack coat, or the 1874 field blouse, both of which were much better than the shell jacket.