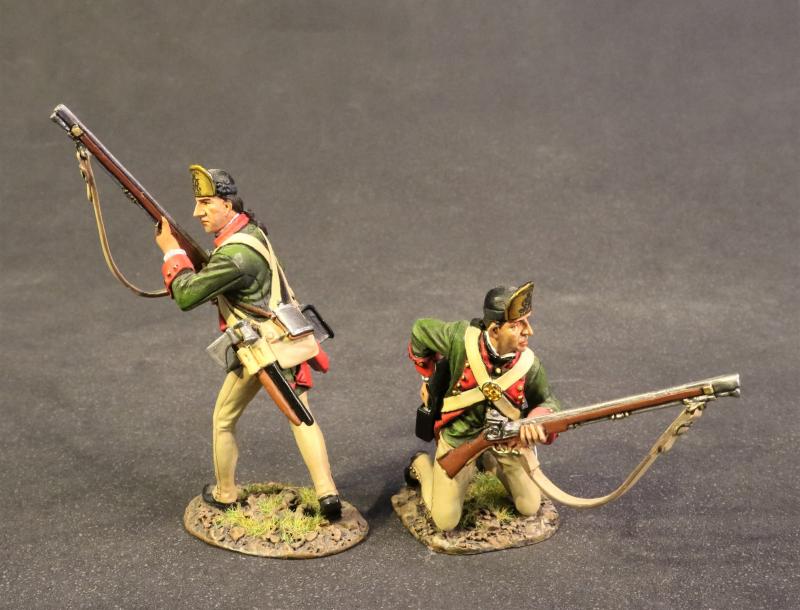 Butler's Rangers (1777–1784) was a Loyalist, British provincial military unit of the American Revolutionary War, raised by Loyalist John Butler.  Most members of the regiment were Loyalists from upstate New York.

John Butler was a French and Indian War veteran-turned landowner with a 26,000 acre estate near Caughnawaga in the Mohawk Valley.  However, on the outbreak of American Revolutionary War, Butler abandoned these landholdings and fled to Canada in the company of other Loyalist leaders, such as the Iroquois chief, Joseph Brant.

During the Saratoga Campaign, Lieutenant Colonel Butler distinguished himself at the Battle of Oriskany on August 6, 1777.  As a result, he was commissioned a lieutenant colonel and allowed to raise his own British provincial regiment.  This military group would come to be known as Butler's Rangers.

The Rangers were accused of participating in--or at least failing to prevent--the Wyoming Valley massacre of July 1778 and the Cherry Valley massacre of November 1778 of European settlers (including some Loyalists) by Iroquois forces under the command of Joseph Brant.  These actions earned the Rangers a reputation for ruthlessness no holds barred warfare tactics. They fought principally in Western New York and Pennsylvania, but ranged as far west as Ohio and Michigan and as far south as Virginia.