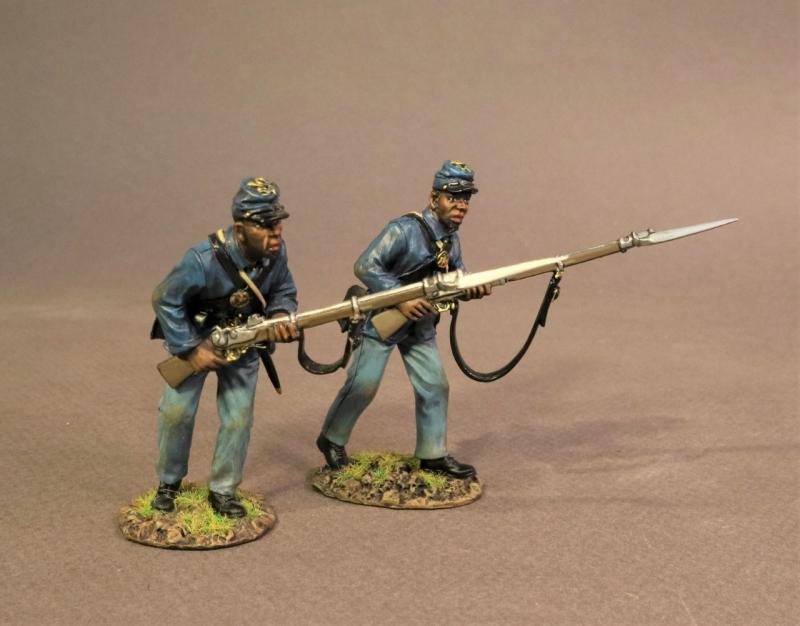 The 54th Regiment Massachusetts Volunteer Infantry was an infantry regiment that saw extensive service in the Union Army during the American Civil War.  The unit was the first African-American regiment organized in the northern states during the Civil War.  Authorized by the Emancipation proclamation, the regiment consisted of African-American enlisted men commanded by white officers.  The regiment's first battlefield action took place in a skirmish with Confederate troops on James Island, South Carolina, on July 16.  The regiment stopped a Confederate assault, losing 42 men in the process.

The regiment gained recognition on July 18, 1863, when it spearheaded an assault on Fort Wagner near Charleston, South Carolina. 270 of the 600 men who charged Fort Wagner were "killed, wounded, or captured."  At this battle, Colonel Shaw was killed, along with 29 of his men; 24 more later died of wounds, 15 were captured, 52 were missing in action and never accounted for, and 149 were wounded.  The total regimental casualties of 270 would be the highest total for the 54th in a single engagement during the war.

Although Union forces were not able to take and hold the fort (despite taking a portion of the walls in the initial assault), the 54th was widely acclaimed for its valor during the battle, and the event helped encourage the further enlistment and mobilization of African-American troops, a key development that President Abraham Lincoln once noted as helping to secure the final victory.

Decades later, Sergeant William Harvey Carney was awarded the Medal of Honor for grabbing the U.S. flag as the flag bearer fell, carrying the flag to the enemy ramparts and back, and singing, "Boys, the old flag never touched the ground!"

While other African Americans had since been granted the award by the time it was presented to Carney, Carney's is the earliest action for which the Medal of Honor was awarded to an African American.