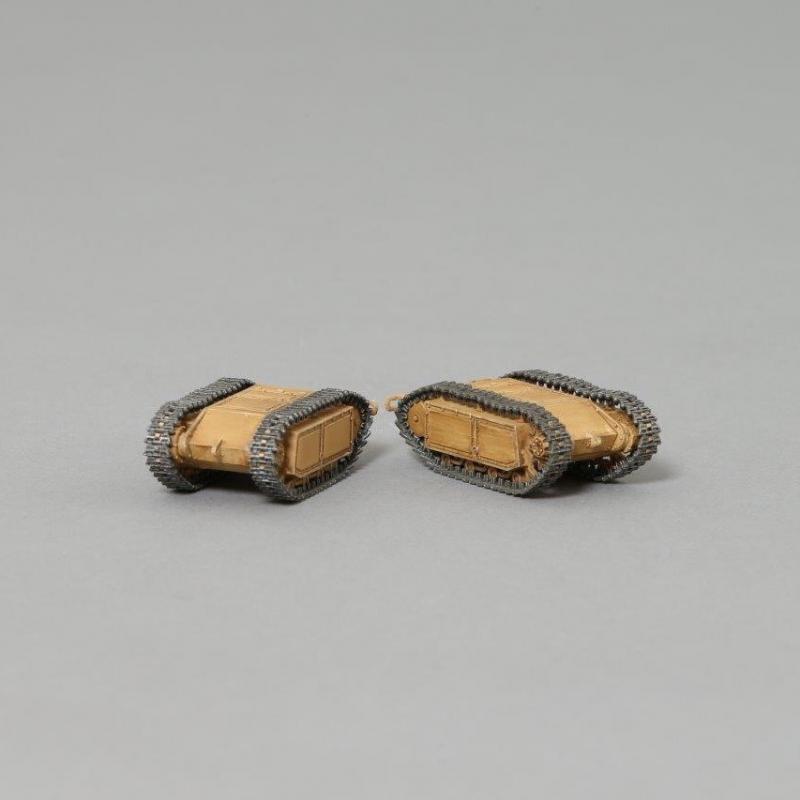 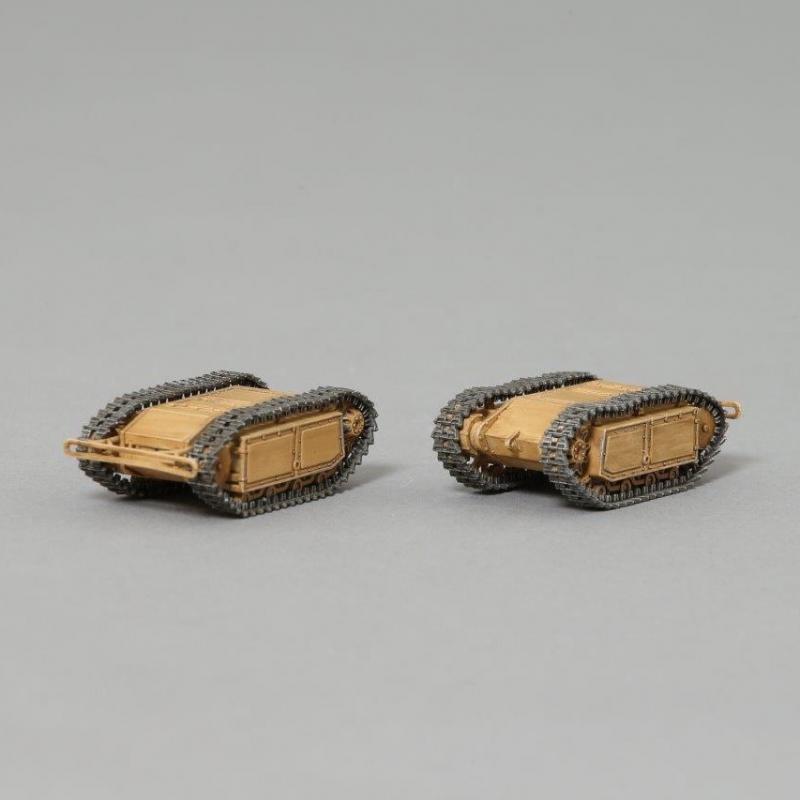 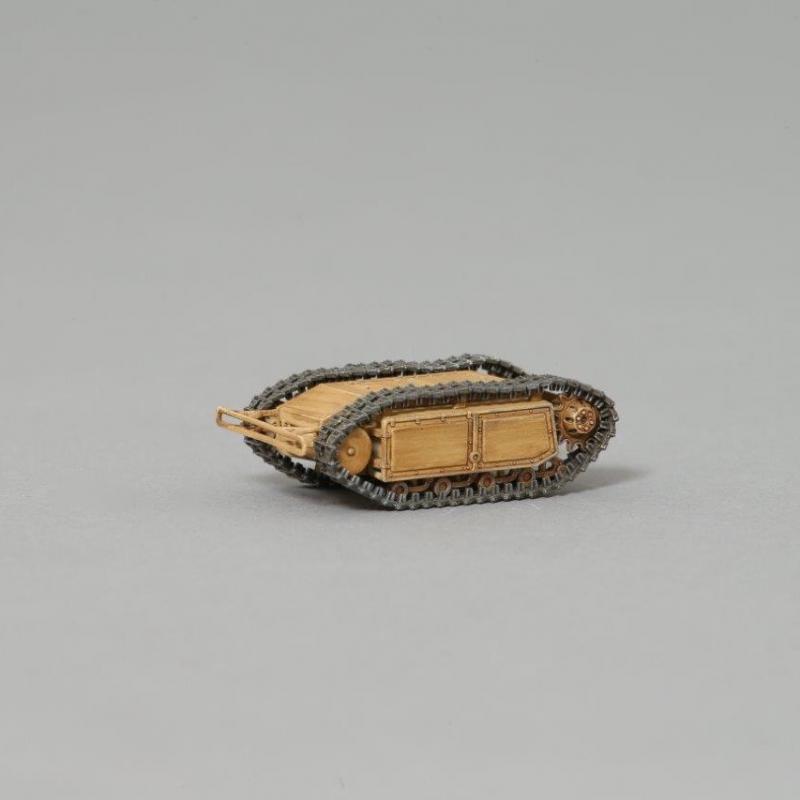 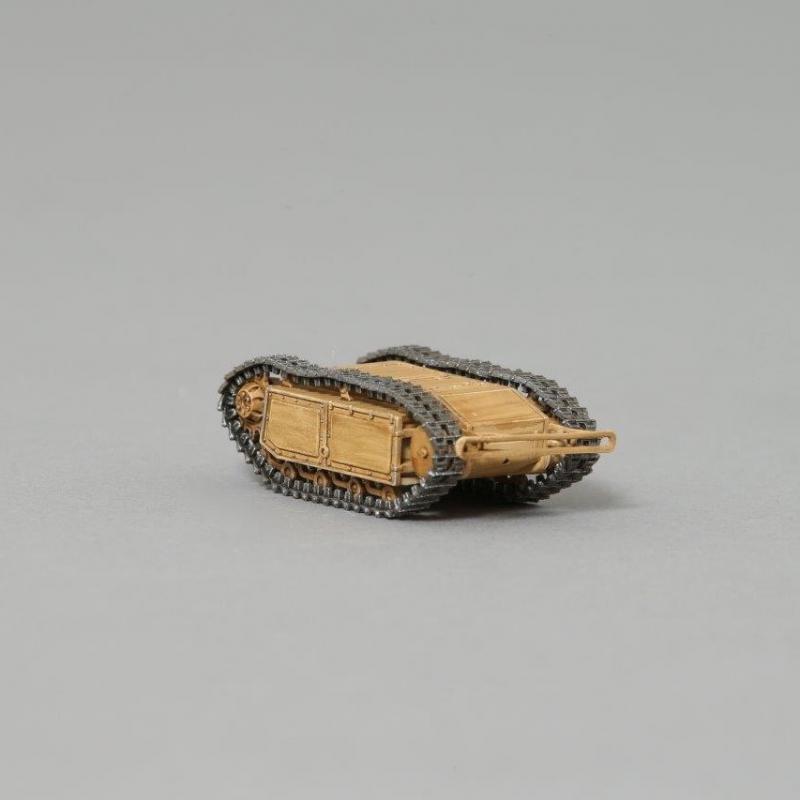 This set comprises two Goliath Beetle tanks without the operator, these can be used as an accessory on the battlefield or as a truck cargo, whatever takes your imagination, really.

The Goliath came in two versions:  battery powered or with a petrol engine.  It could carry 60 or 100 kilos of explosives depending on the variant being operated.
Used by the Germans at Anzio and later at the Normandy landings, they were known as Beetle tanks by the Allies due to their diminutive size.  Vulnerable to small arms fire and with a limited cross-country capability, they were not rated a great success.  However, they can be considered one of the early predecessors of the many remotely controlled weapons we see so often on today’s battlefields.

Note:  The Beetle tanks, in case you are wondering, are mainly metal and all hand assembled with each track link having to be individually glued into position.  These were definitely a labour of love, not likely to be repeated though, I have to add, due to the track complexity.

Limited to 40 in number.