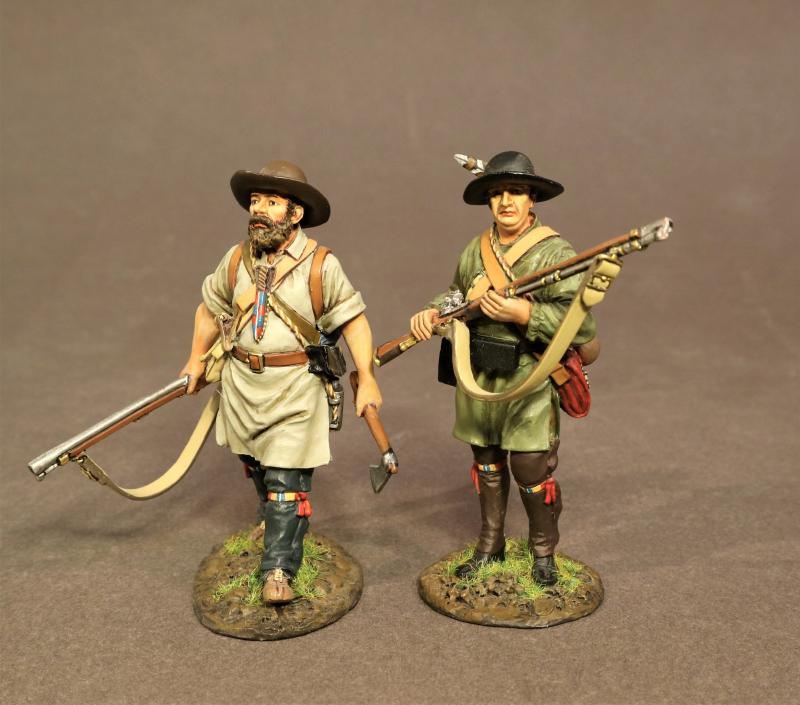 Two Civilians Walking #1B, Drums Along the Mohawk--two figures
$80.00

Two Civilians Walking #1B, Drums Along the Mohawk

Walter D. Edmonds wrote about the area of upstate New York and detailed the lives of pioneer farmers along the Mohawk River during the American Revolution.

Edmonds wrote "The Matchlock Gun," which was about a 10-year-old boy defending his home against Indians in colonial New York and won the Newbery Medal for Children's Literature in 1942.  He also wrote about four women captives of Indians in 1778 in his 1947 book, "In the Hands of the Senecas."  Edmonds' books are considered the richest body of fiction about the time and region since the works of James Fenimore Cooper.

The initial sets for this series will include militia, wagoneers, and more girls with guns, all suitable for the American Revolution and French and Indian War periods.

The following sets are ideal as “Wagoneers” to accompany any of the French and Indian War Wagons and carts, as well as accompanying the regular troops at the Battle of Bushy Run.

The series will also attempt to cover probably the most significant battle of the American Revolution.

The two Battles of Saratoga were a turning point in the American Revolution.  On September 19th, British General John Burgoyne achieved a small, but costly victory over American forces led by Horatio Gates and Benedict Arnold.  Though his troop strength had been weakened, Burgoyne again attacked the Americans at Bemis Heights on October 7th, but this time was defeated and forced to retreat.  He surrendered ten days later, and the American victory convinced the French government to formally recognize the colonist’s cause and enter the war as their ally.