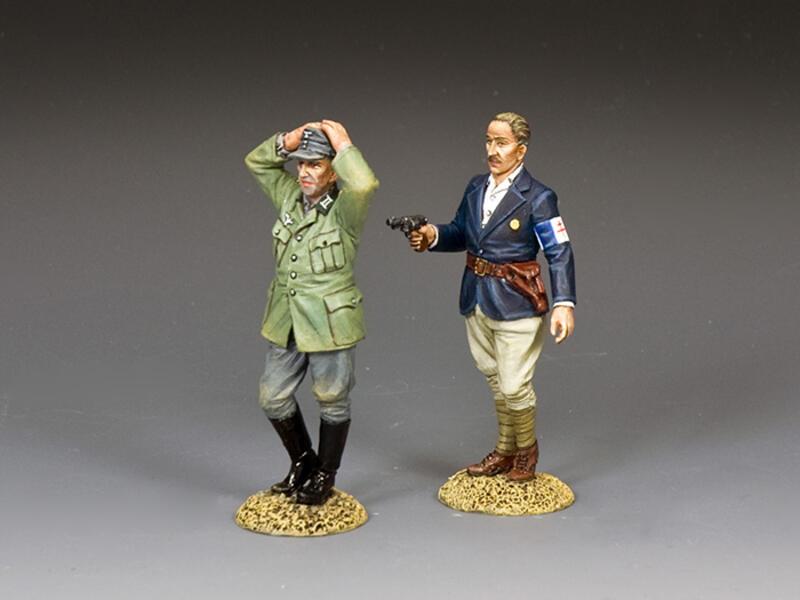 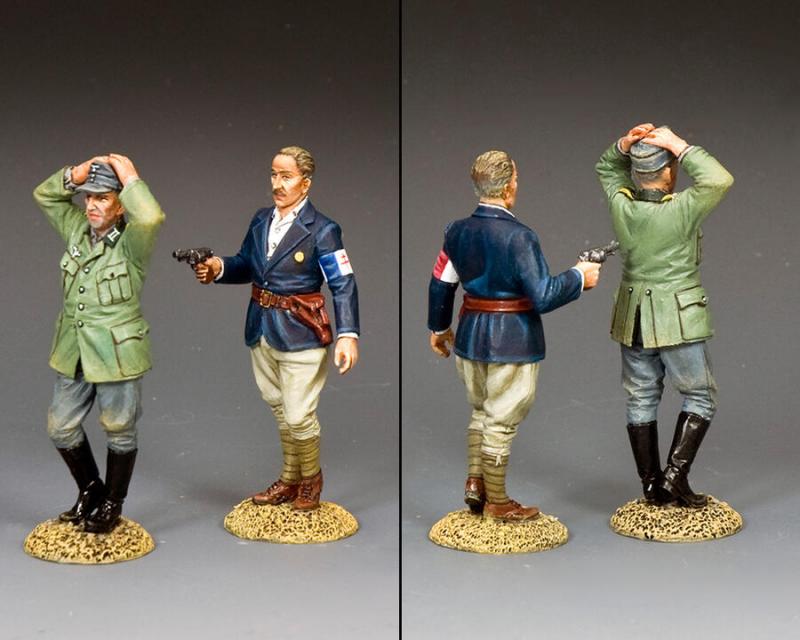 A pistol-carrying member of ‘The Resistance’ (‘Les Maquisards’) escorts a disarmed German prisoner-of-war.

From the end of June 1940 until June 1944, France had to suffer the double ignominy of defeat and occupation by the armed might of Hitler’s Germany.  For four long brutal years, the people of France had to contend with forced collaboration with the Germans and their ‘Vichy’ regime enforcers.

During this same period, Vichy also sought to actively ‘scapegoat’ specific parts of the French population to blame for the nation’s defeat and disgrace.  Jews, Communists, left-of-centre politicians, school teachers, and even Freemasons fell victim to a long series of witch-hunts and persecution.

Resistance, both armed and passive to the Germans and the new reality began slowly, but grew more rapidly as the enemy began to suffer military setbacks and retreats.

Following the D.Day Invasion of June 6, 1944, as the first towns and villages of France were liberated, some of the once mighty and much-feared conquerors began to fall into French and Allied hands.

Now, the ‘tables had not only been turned… but turned over!’