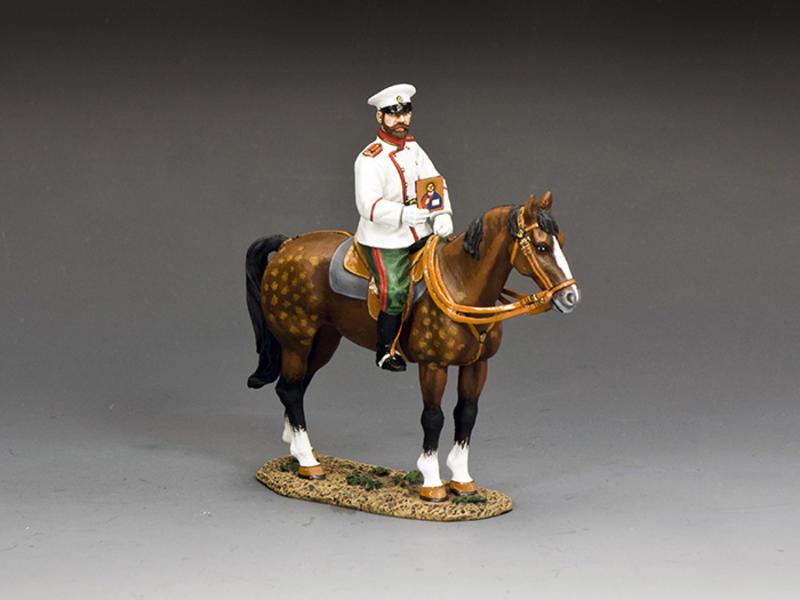 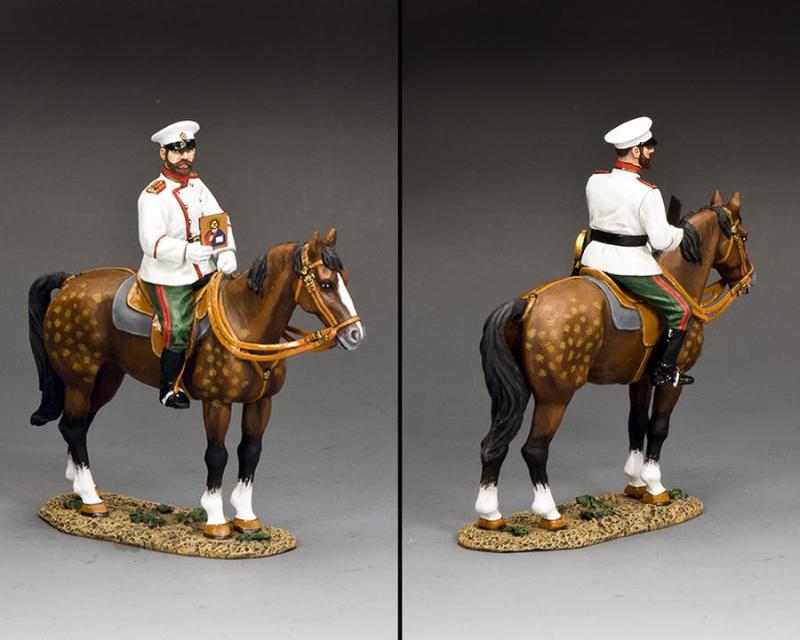 Nicholas Alexandrovich Romanov (1968-1918) was the last Emperor of All Russia and ruled from 1894 until his forced abdication in March 1917 and murder in 1918. An autocratic ruler he was in favour of limited modernization of his country but resisted virtually all political change which in the end was to prove fatal for himself and his family. Here however we see him in happier times, reviewing his troops and presenting a religious icon before them. Like his men he wears a simple white summer tunic and cap.