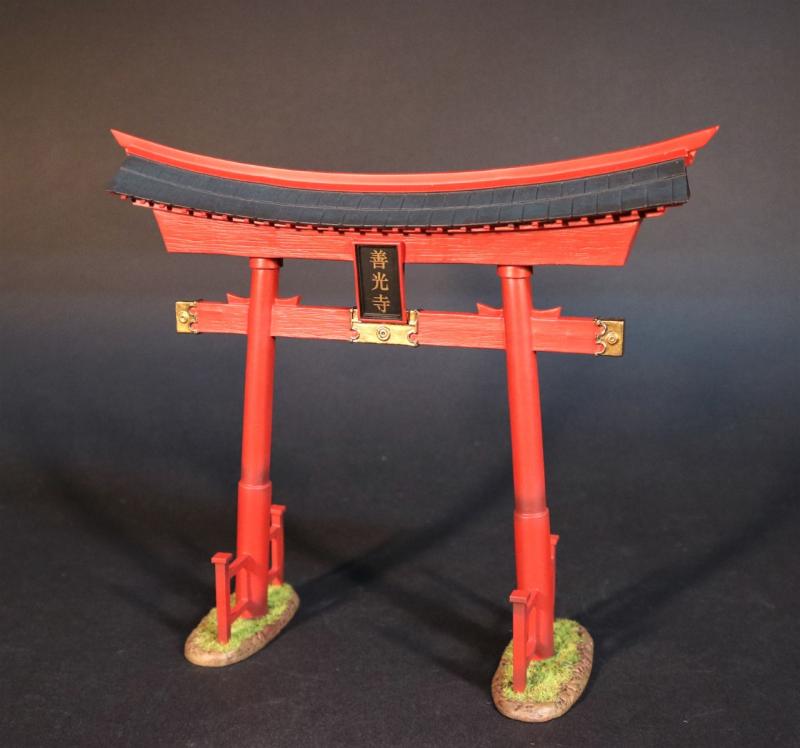 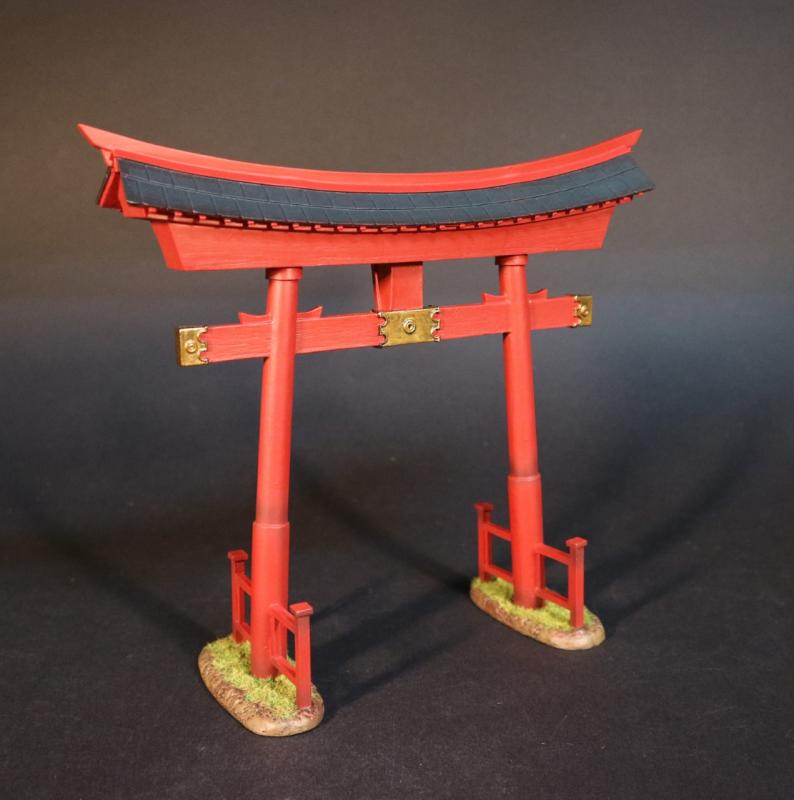 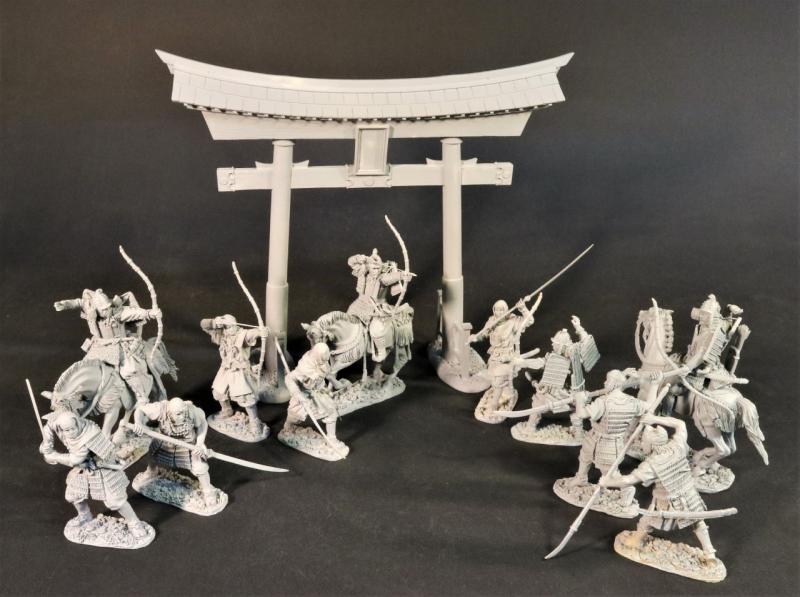 A Torii is a traditional Japanese gate most commonly found at the entrance of or within a Shinto shrine, where it symbolically marks the transition from the mundane to the sacred.  The first appearance of Torii gates in Japan can be traced to at least the mid-Heian period, as they are mentioned in a text written in 922.
Torii gates were traditionally made from wood or stone.  They are usually either unpainted or painted vermillion with a black upper lintel.