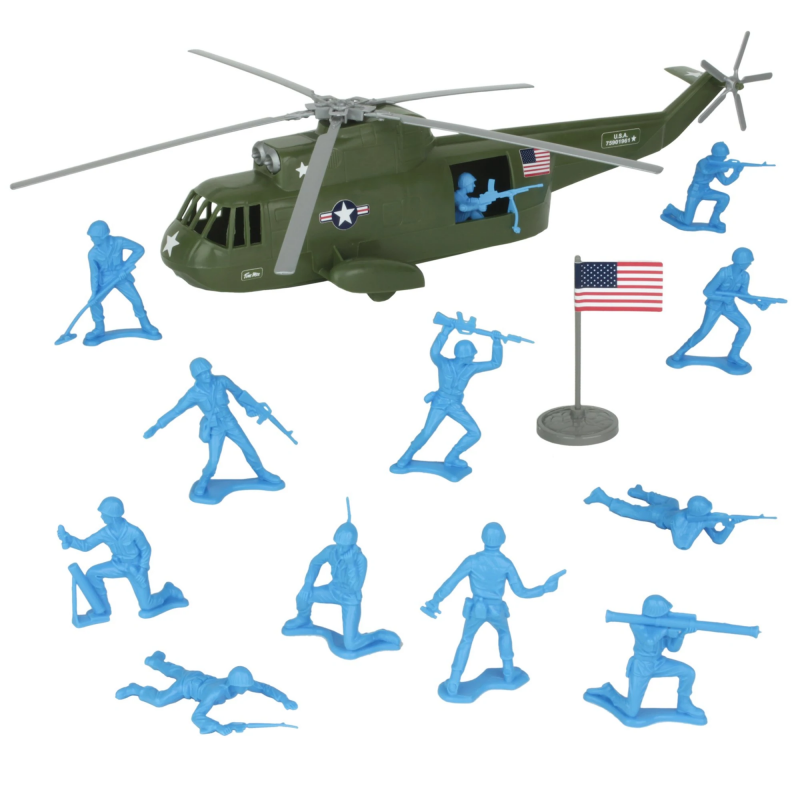 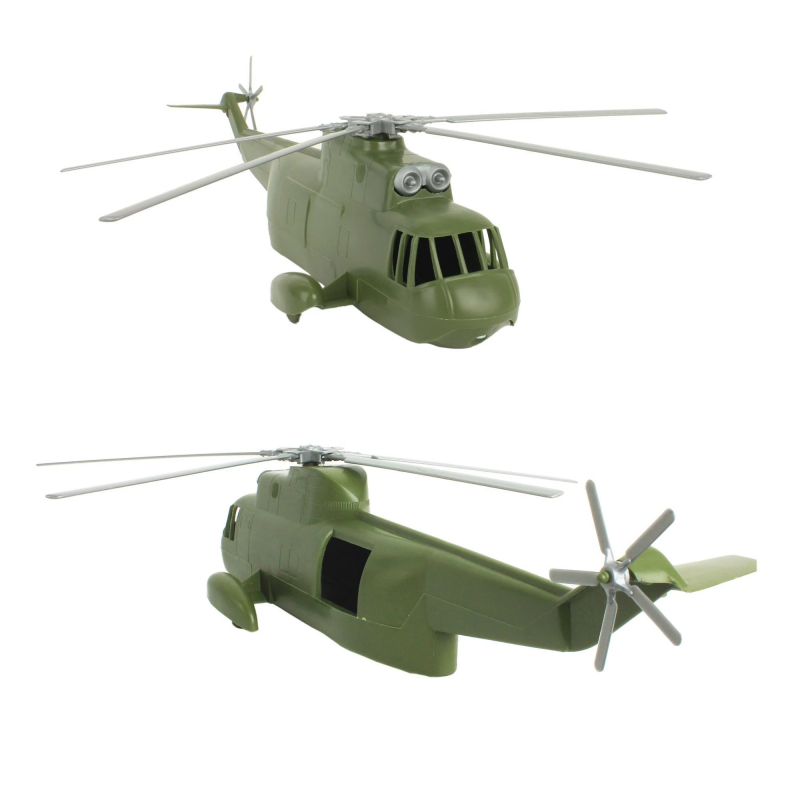 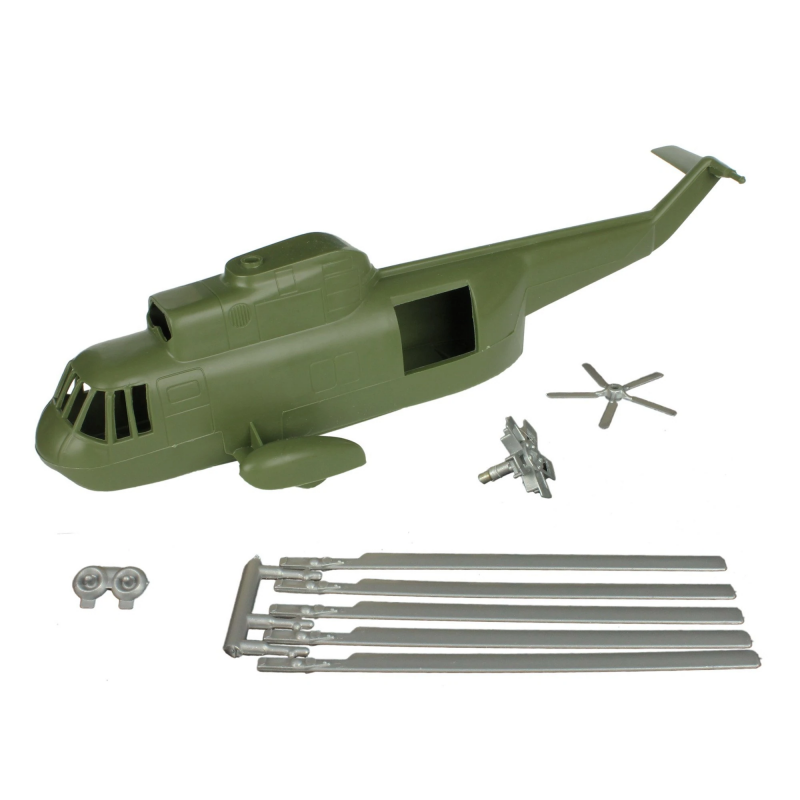 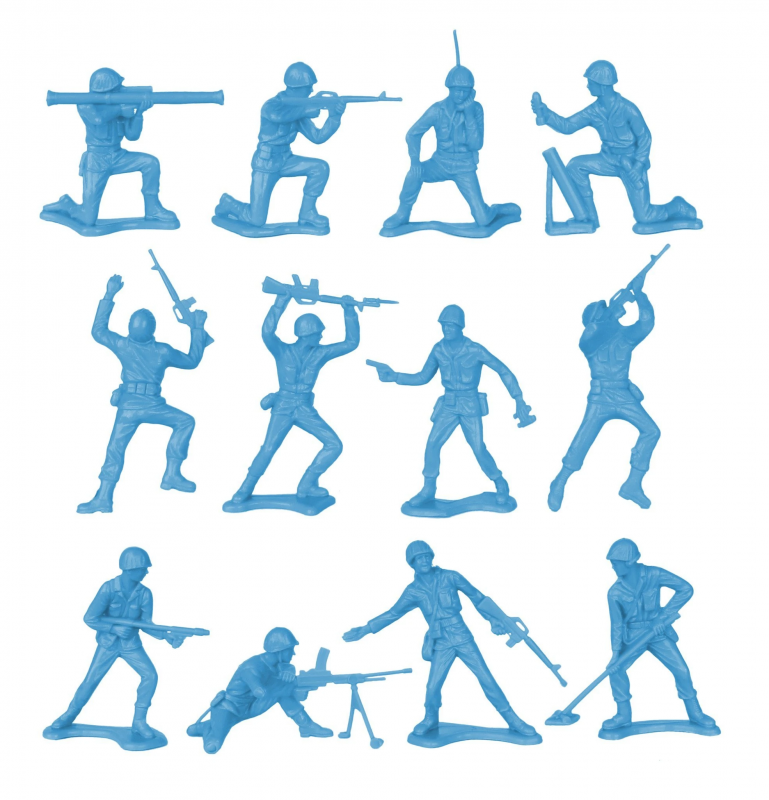 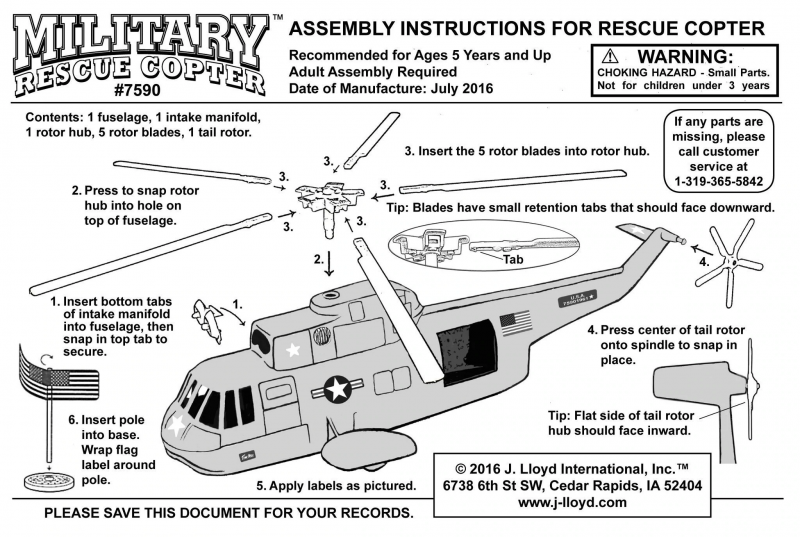 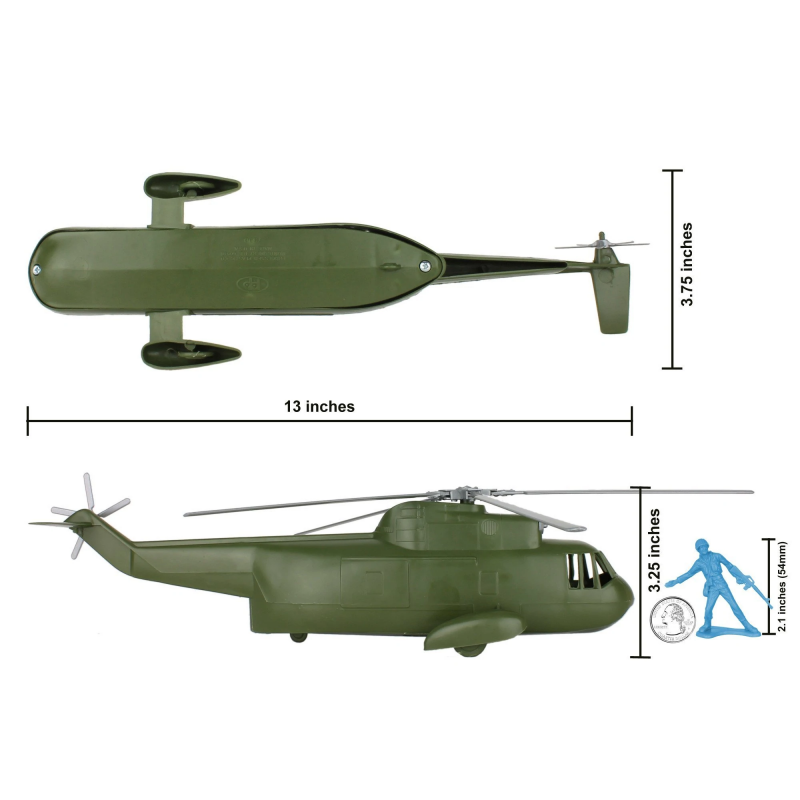 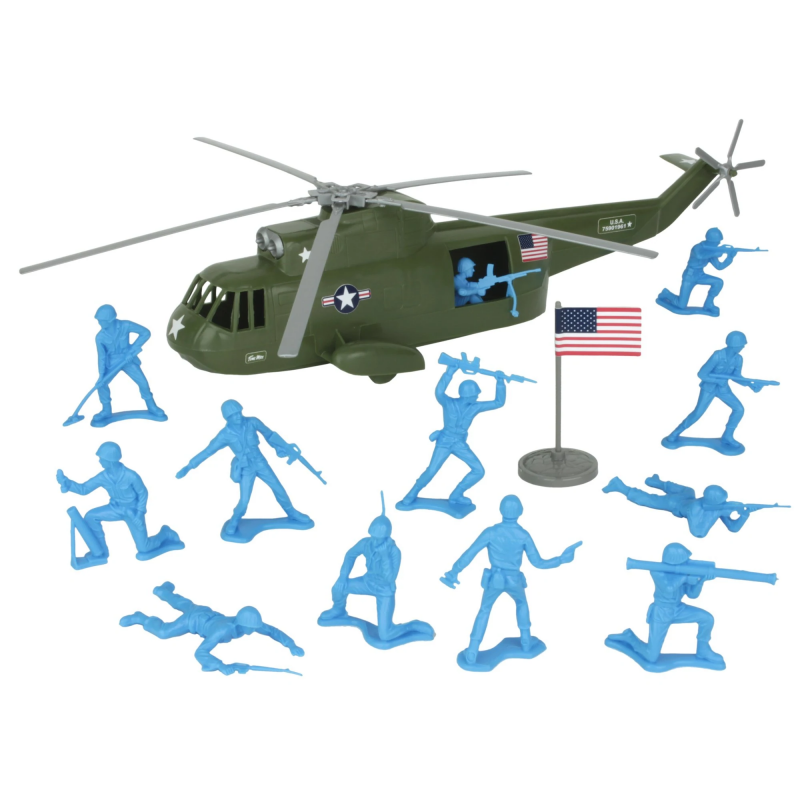 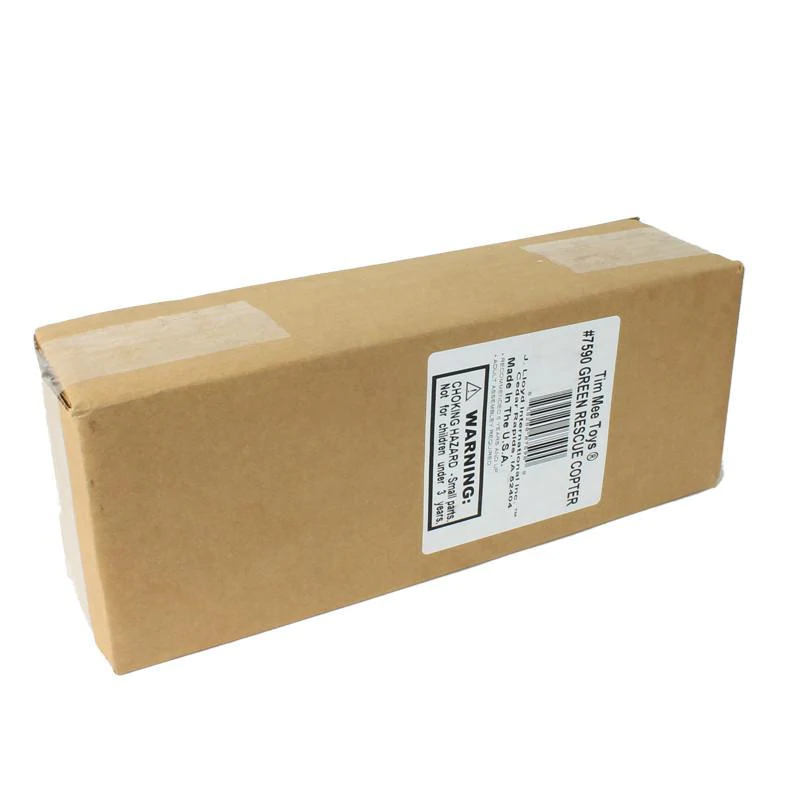 Air Extraction for your PLASTIC ARMY MEN has arrived.  The Tim Mee Military Rescue 'Copter is once again proudly manufactured in the United States and available as this 26 piece set.  Set includes an olive-green Sea King Helicopter, American flag with base, and 2 dozen cyan-blue M16 Soldier figures. The chopper is modeled after the Sikorsky SH-3 and features spinning main rotor and stationary landing wheels.  The fuselage measures 13 inches long, 3.25 inches tall, and 3.75 inches wide.  The aircraft is made from slightly stiff olive-green color HDPE plastic and the soldiers are made from slightly flexible LDPE plastic, both have very little flashing.  The helicopter is approximately 1:48 scale and the figures are 1:35 scale.

The first version of this aircraft was produced by PROCESSED PLASTIC COMPANY (Tim Mee's parent company) in the 1970's and was later modified to add the open side hatch.  Production was discontinued in the 1980's and wasn't available again until it was reissued in 2013.  This version of the Rescue 'Copter includes the classic stickers that were discontinued decades ago.  The stickers are supplied on a sheet and placement is included with assembly instructions.  Playset arrives packaged in a plain brown box optimized for shipping directly to you.

These are real American Made toys, meant to be set up, knocked over, picked up and played with for years to come.  Snap-together assembly requires some hand strength, so adult assembly is recommended.

Recommended for ages 5 and up.