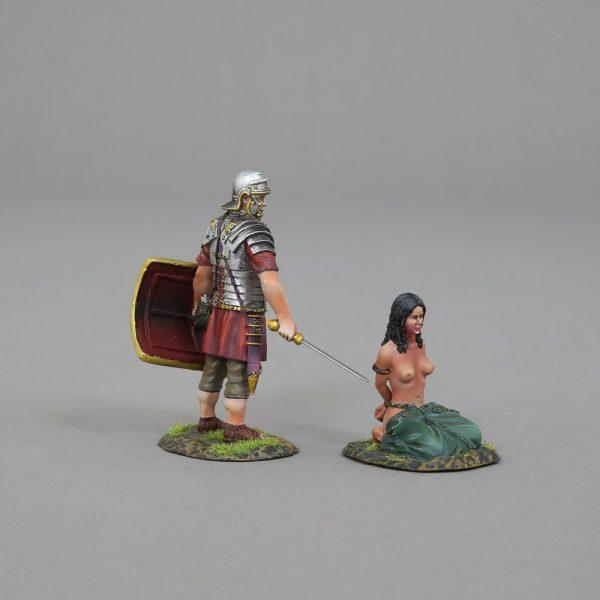 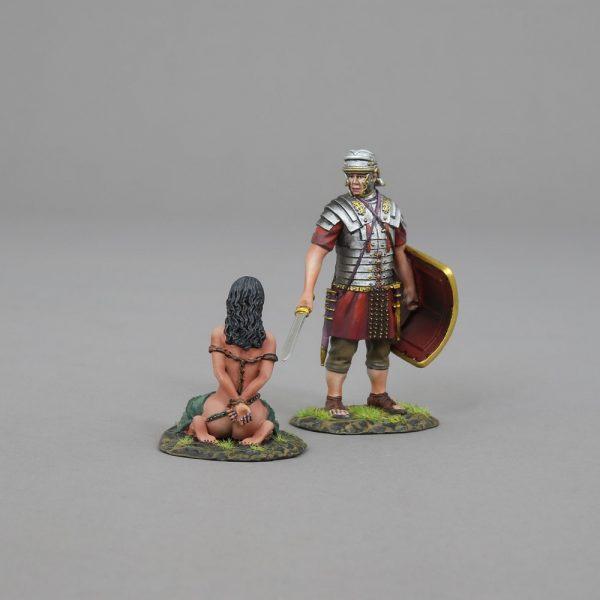 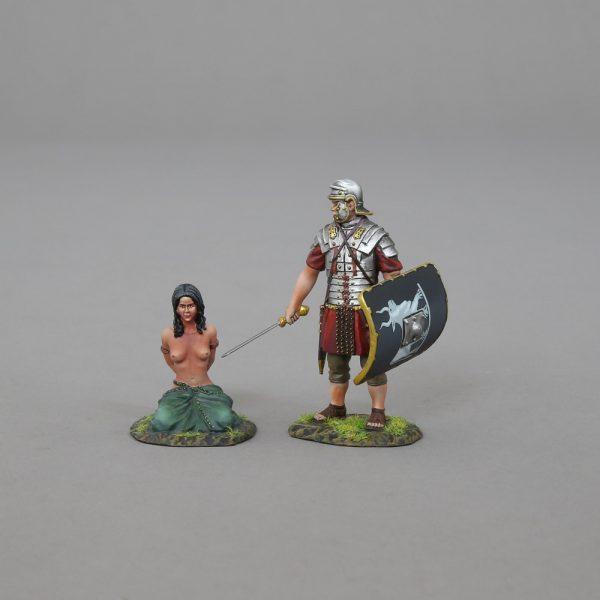 Thusnelda was the daughter of Segestes and the wife of Arminius who had led the revolt against the Romans leading to the massacre in the Teutoburg forest.

According to local folk lore, Arminius had abducted Thusnelda from her fathers camp (who he had been in a long running dispute with), forced her to become his wife, and also made her pregnant at the same time.  Approximately a year after this event, Thusnelda had managed to return to her father's camp.  Unfortunately for her, the Roman General Germanicus was at her father's camp and when he learned of her relationship with Arminius, took her back to Rome with him in triumph.  When Thusnelda’s son Thumelicus came of age, he was inducted into the Roman gladiator school and was killed in combat.  The Romans finally had their revenge over Arminius.

Arminius was apparently distraught at the loss of his wife and son and never remarried.  He himself was assassinated a few years later by members of his own tribe who felt he was becoming too powerful.

Our depiction of Thusnelda with a Roman sentry comes in the normal 3 shield versions and depicts her just after her capture and being made to kneel before Germanicus.  A command tent and accessories will follow shortly to further enhance this diorama.