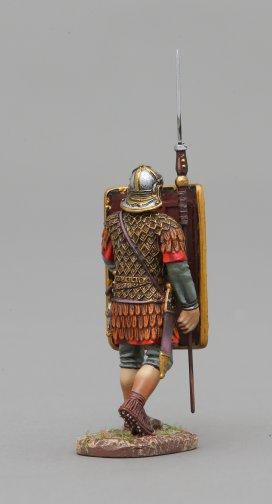 A nice addition to your advancing Legionnaire ranks, once again with scale armour and beautifully detailed.

The 1st Minerva were raised in 82 CE by the Emperor Domitian and were based in Germany.  They took part in the Dacian wars under Hadrian and are recorded on Trajan's column.  Records still show them being based in Germany in the 4th century, but like many units, their end is not recorded with the disintegration of the Roman empire.  Their shield design featured the Goddess Minerva on a white background.