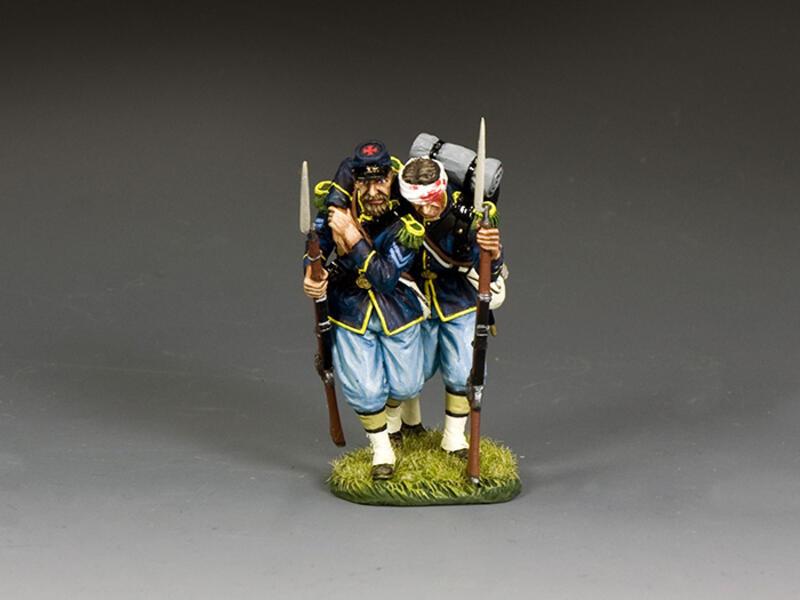 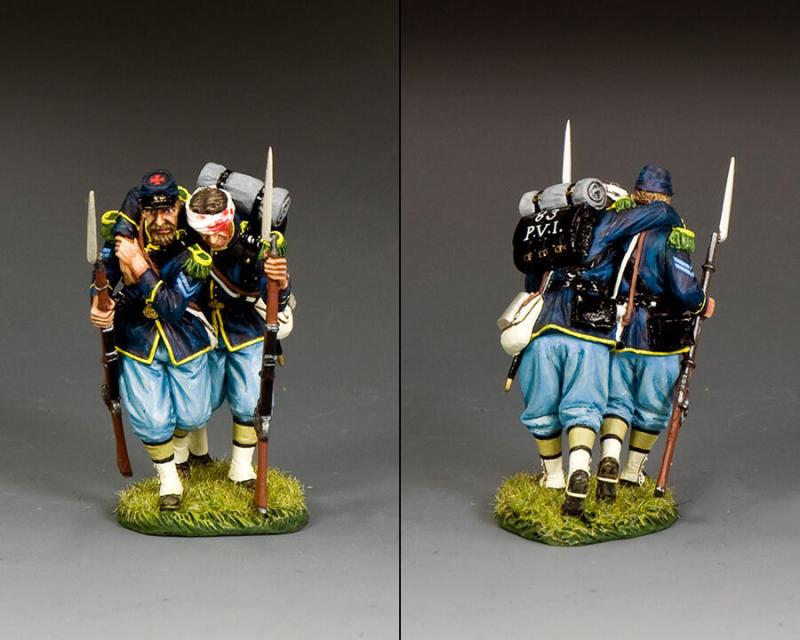 A corporal assists a wounded comrade to the nearest aid post.