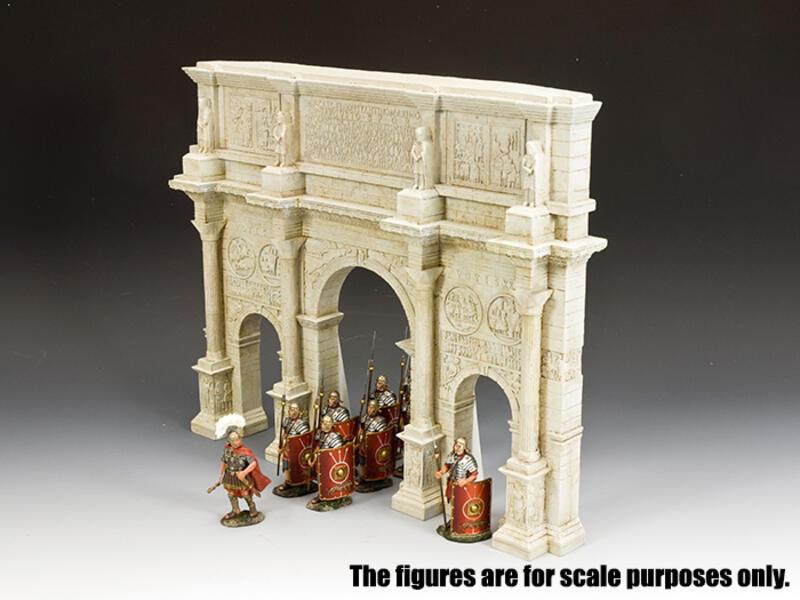 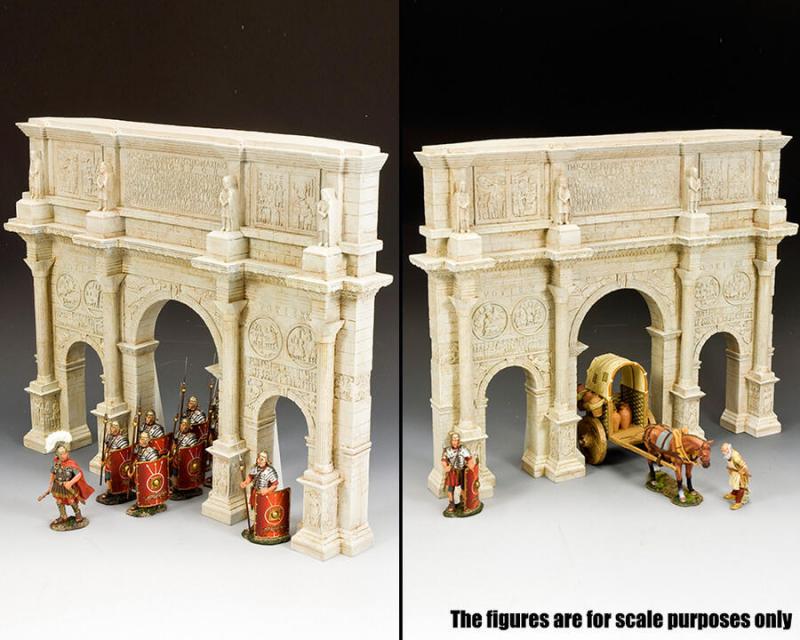 Our model arch is a brand-new design and sculpt based on an earlier Roman Arch produced in the mid 1990’s by K&C.  This upgraded model is more detailed and much better painted than the original one and considerably less heavy than its predecessor.  Both models were inspired by the design of the Arch of Constantine which can still be seen in Rome today.  The Constantine Arch itself is widely believed to have been much influenced by an earlier work from the time of the Emperor Hadrian (117-138CE).  However you wish to view its history, our new ‘Triumphal Arch’ is a terrific way to show off and display your K&C collection of Roman soldiers and Praetorian guards and makes a classic Roman backdrop.