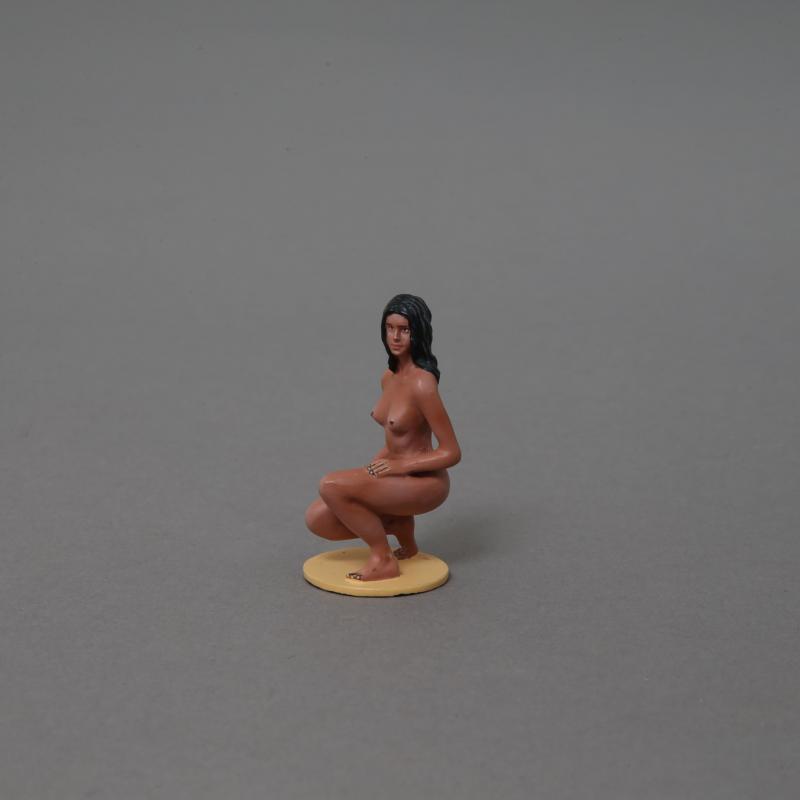 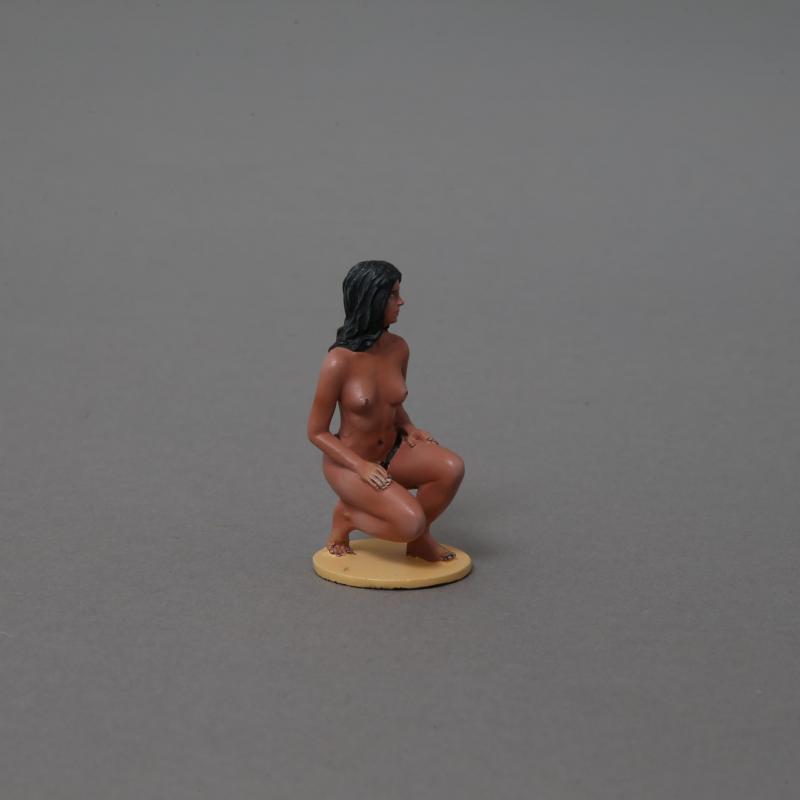 A hand painted kneeling princess talks to her sister.