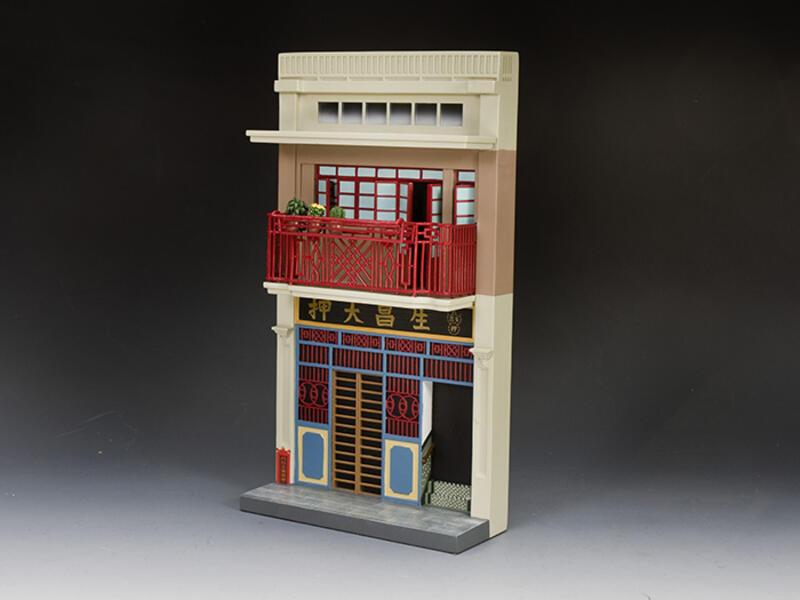 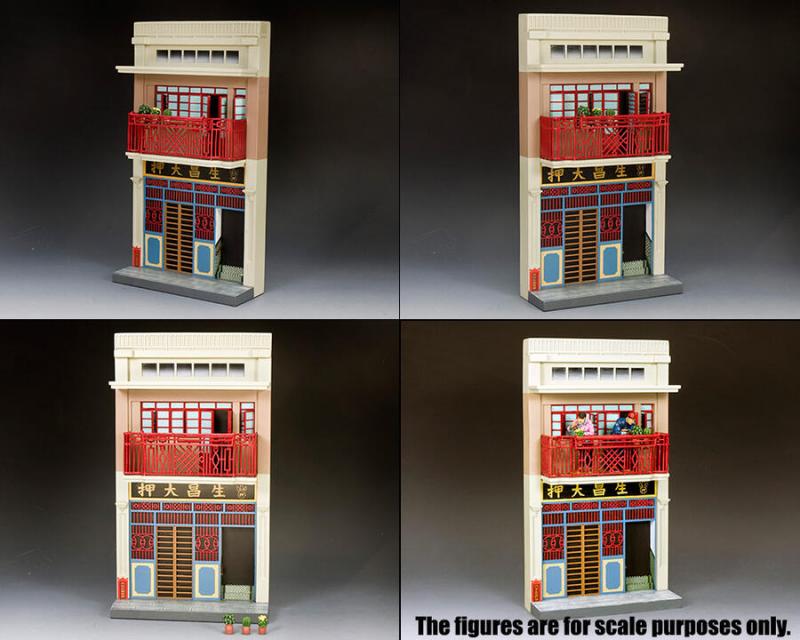 Although modern Hong Kong has a skyline that could rival that of New York, it was not so long ago that the buildings that lined its roads and thoughfares were much more modest and decidedly less futuristic than today’s towering glass and steel skyscrapers.  A century or more ago, the average dwelling was just 2 or 3 storeys high and often the ground floor was used as some kind of a shop or commercial enterprise.  Upper floors were sold or rented out as private residences for families and individuals.  These ‘Shop/House’ designs followed a general style and became familiar not only in Hong Kong but throughout the Far East.  Even today, many surviving examples can still be seen in Singapore, Malaysia, Vietnam, and a few happily survive in Hong Kong itself, squeezed in between the high-rises!

From the mid-nineteenth century until the mid-twentieth century pawn shops could be found in most commercial districts in Hong Kong.  Pawnbroking itself, however, was not legalized until 1926, although authorities usually turned a ‘blind eye’ to most operators.  This new SOOHK building has the ground floor pawn shop protected by decorative and sturdy metal grills and bars while an entrance way leads upwards to the first floor dwelling and terrace.  Figures and decorative plants can also be placed on this upper area.