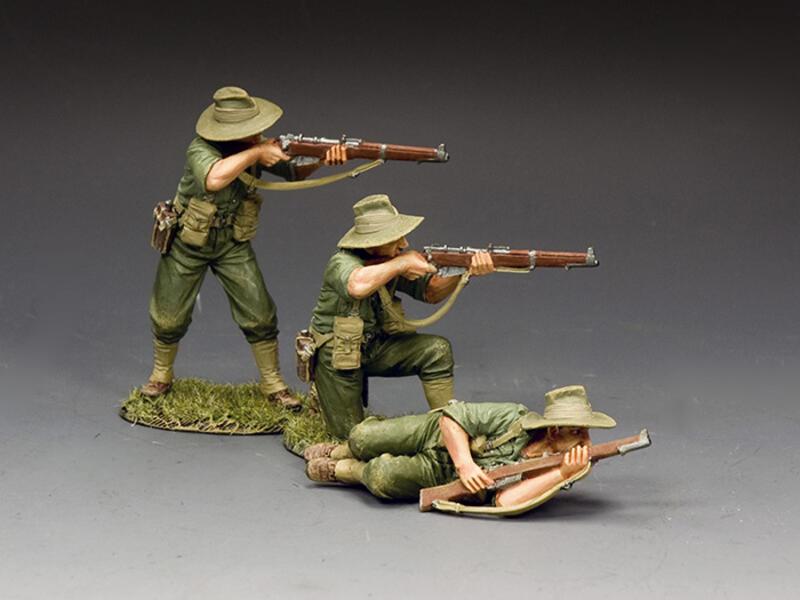 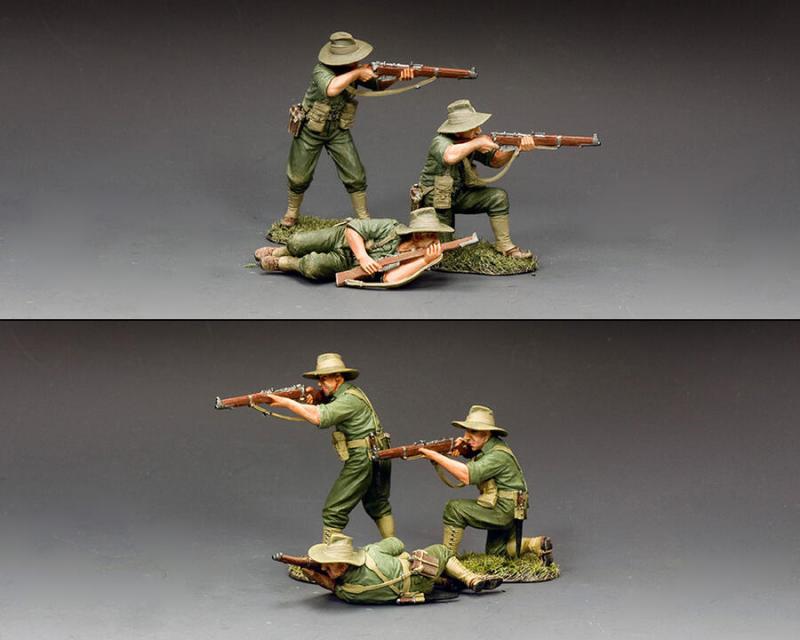 A three-man section, all of them armed with the classic Lee-Enfield Rifle, commonly known as the .303 SMLE (Short Magazine Lee Enfield).  This bolt action, magazine-fed rifle served the British and Commonwealth Forces from 1903 up until 1957 in several different variants.  The best known of all the Lee Enfield rifles was the SMLE Mk.Ⅲ introduced in 1907 and fitted with the18” long 1907 Pattern Sword Bayonet.  Although superceded in the British Army by the introduction of the Lee Enfield No. 4 Mk. 1 rifle, Australia chose to retain their vintage SMLE Mk.Ⅲ’s until well after the Korean War.

Here K&C’s three ‘Diggers’ have adopted various shooting poses as they prepare to take on the advancing Japanese.