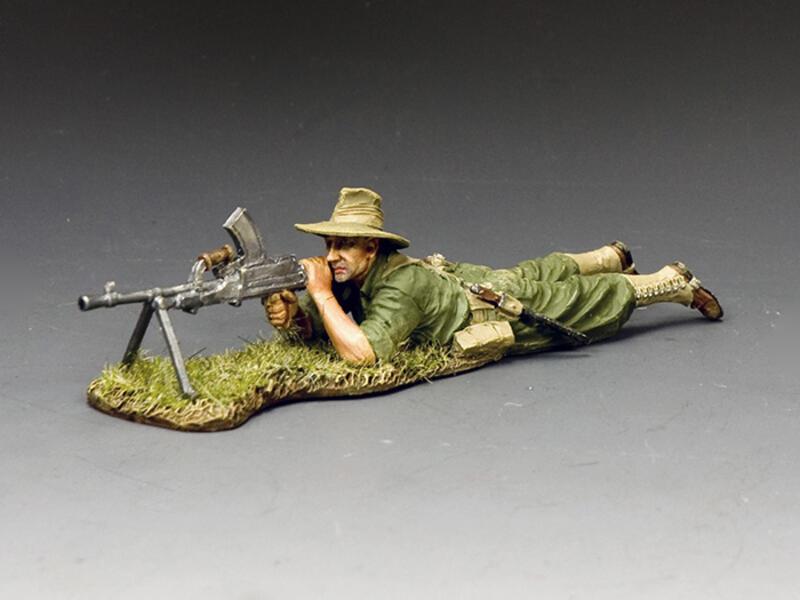 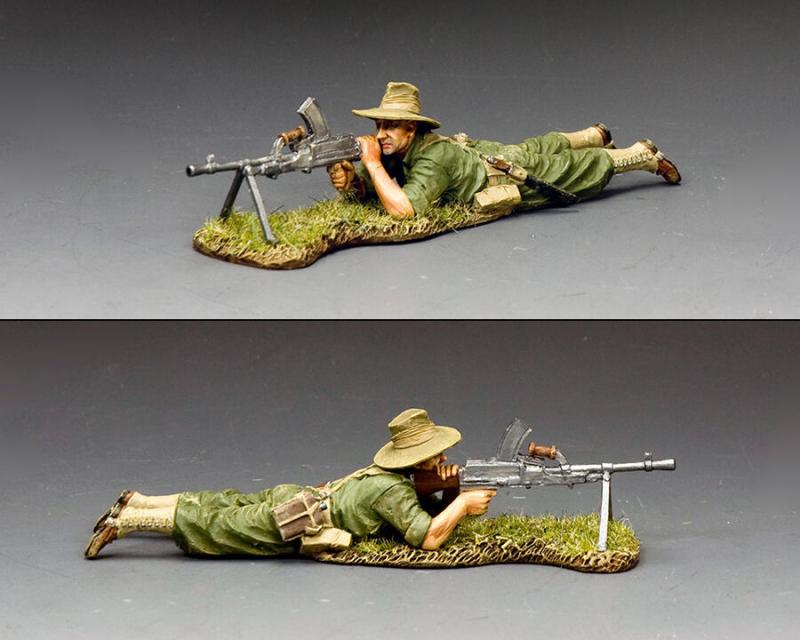 While the Vickers Guns were supplied at Company and Battalion level, all infantry platoons would have a Bren Gun for each one of its three rifle sections.  The Bren was a Light Machine Gun that fired the same .303 round as its heavier Vickers counterpart and although fitted with a bipod could also be mounted on a tripod in the ‘fixed-firing mode’ or even on all kinds of military vehicles.

Our K&C lying prone ‘Digger’ is firing his Bren in the most commonly used shooting position.