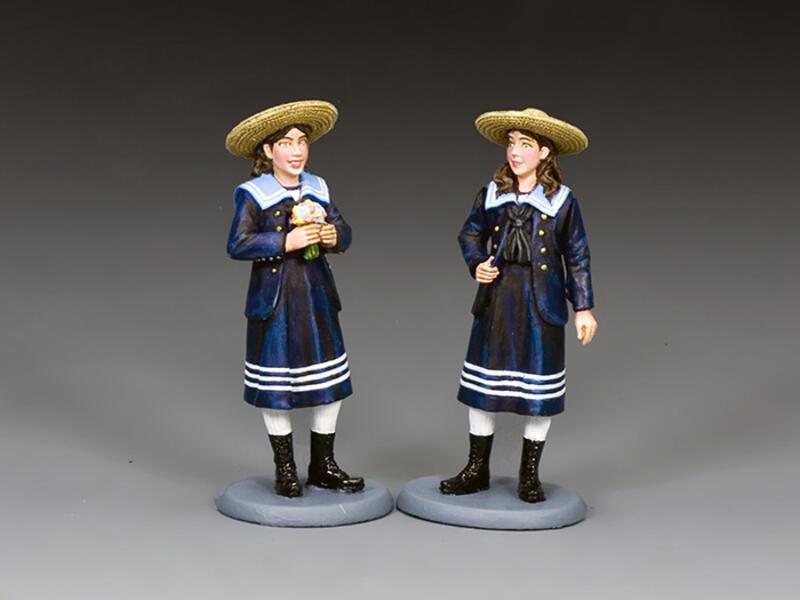 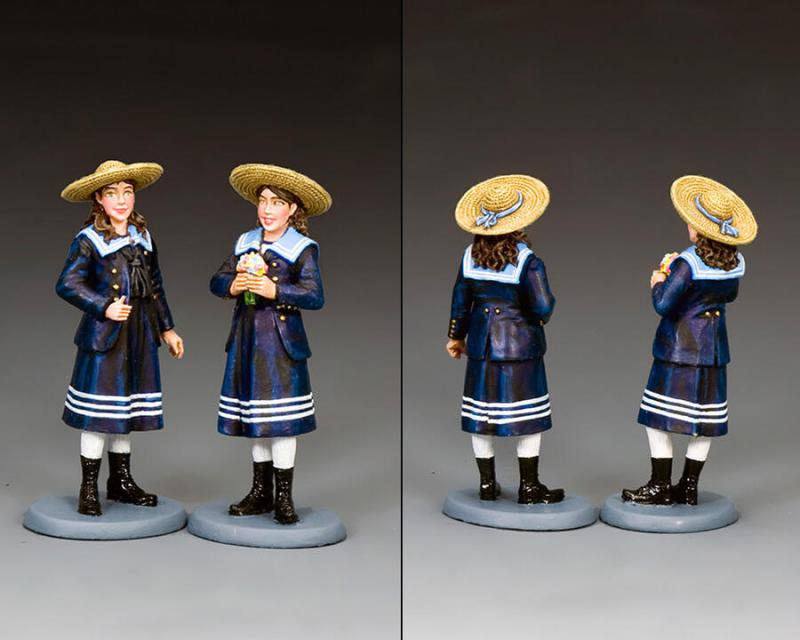 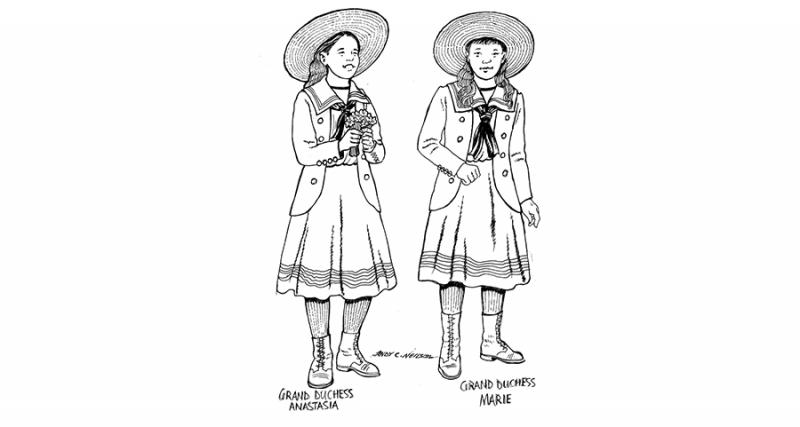 Previously, we portrayed the Tsar’s two eldest daughters Olga and Tatianna in their traditional dress uniforms of Honorary Colonels in two of their father’s Imperial Hussar and Lancer Regiments.  These two youngest daughters, the Grand Duchesses Marie and Anastasia, are, by contrast, wearing the simple but then-fashionable sailor style uniform complete with broad brimmed straw hat and pale blue ribbon.  Tragically, they were to suffer the same cruel fate as the rest of their family in 1918.