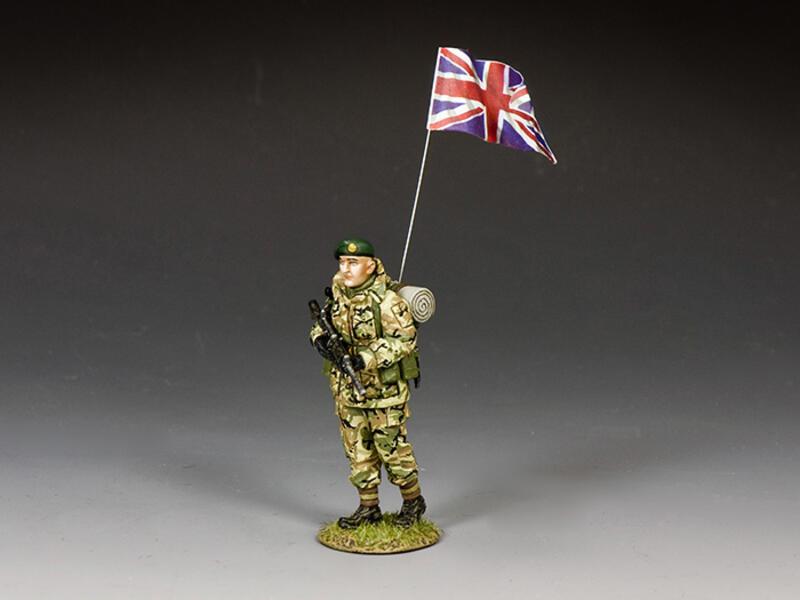 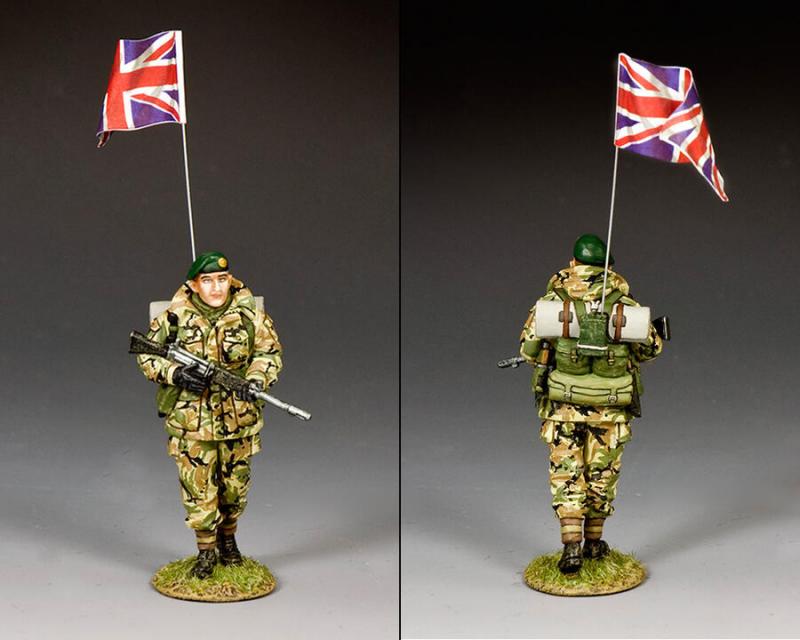 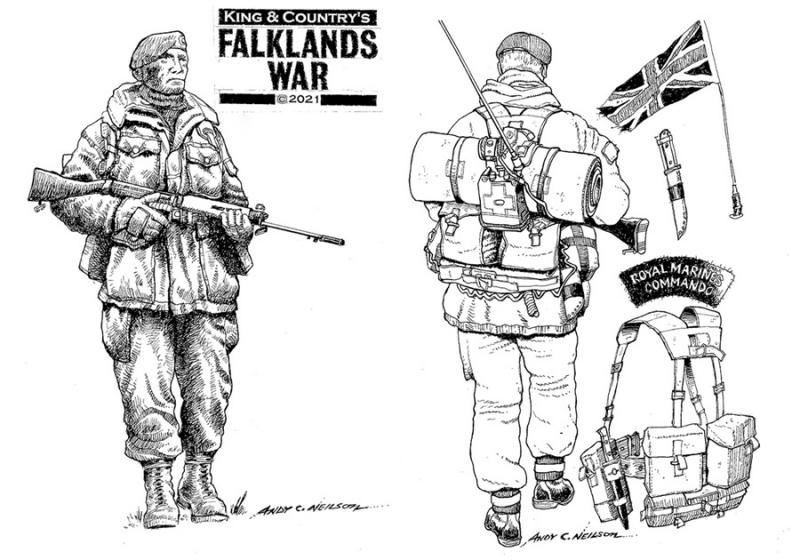 In April 1982, Britain was astonished to find itself at war with Argentina over a group of windswept, sparsely populated islands thousands of miles away from the British mainland.  On 2 April 1982, an Argentinian military force landed on this little group of islands and unilaterally declared Britain’s rule to be over.  This was the first invasion of a British territory since WWII and the result would be a short but bloody conflict that decided the political fate of both countries and their leaders.

As we approach 2022, King & Country is proud to remember and celebrate the 40th Anniversary of a remarkable military victory against great odds by the soldiers, sailors, airmen, and marines of Her Majesty’s Armed Forces that won the day and proved, yet again, when ‘The going gets tough… The tough get going!’

We are delighted to present our first, very special, introductory figure to this dramatic series…

Probably the most iconic image of the Falklands War on land is the photo taken by Petty Officer Peter Holdgate, a Commando Forces Photographer while accompanying British forces ‘yomping’ towards Port Stanley during the war.  At one point on the march, one of the Royal Marines attached a small ‘Union Jack’ to the radio antenna of another Marine’s field radio.  This simple, straight-forward image of a long line of British fighting men marching towards their objective and ‘flying the flag’ seemed to represent the kind of grit, courage, and determination of Britain itself to recapture the Falklands and liberate its small, captive population from a cruel, despotic south American dictatorship.

King & Country’s initial offering is our portrayal in miniature of this lone Royal Marine ‘yomping’ towards eventual victory and defying all odds.  Additional Falklands War Royal Marines will be released in early 2022, while others, including the famous ‘Red Berets’ and some Argentinians are already ‘in the works’.