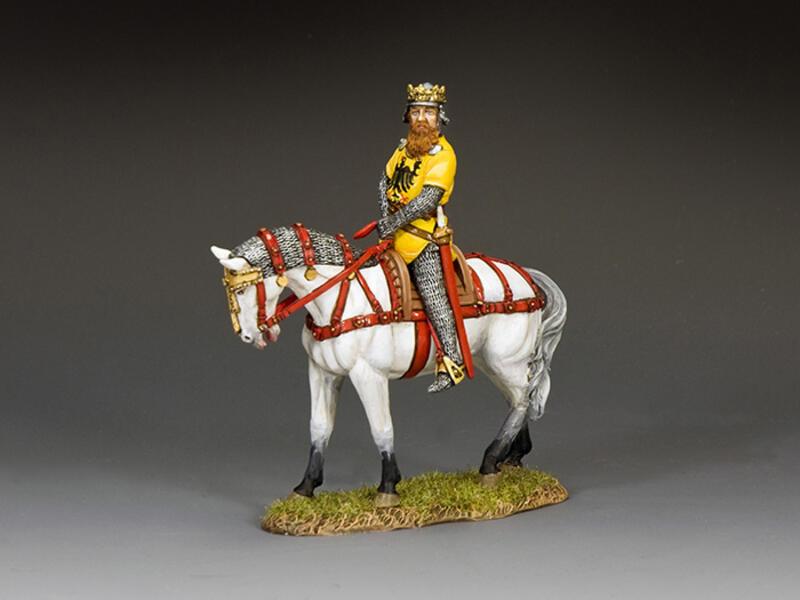 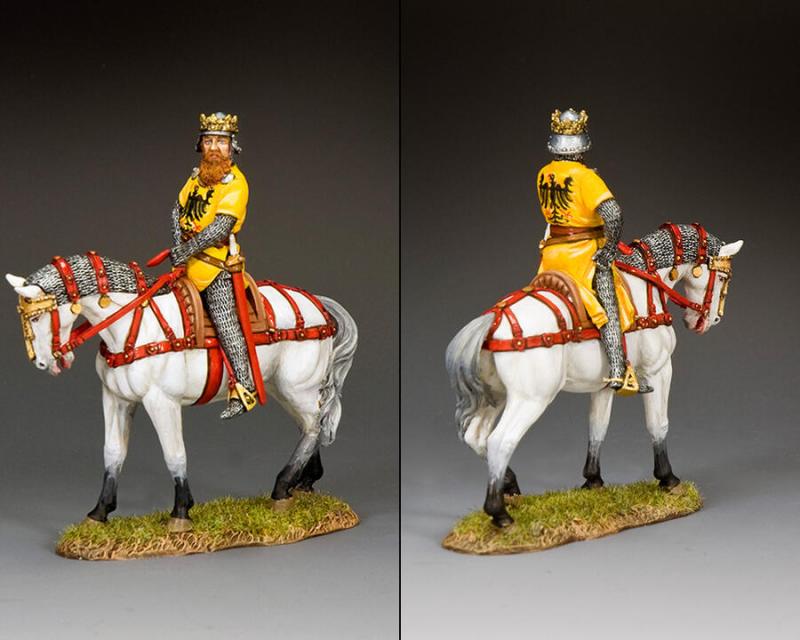 Friedrich Barbarossa (1122-1190) was the Holy Roman Emperor from 1155 until his death during the Third Crusade in 1190.  Elected ‘King of Germany’ at Frankfurt in 1152, he went on to be crowned ‘King of Italy’ in 1155 and finally ‘Emperor’ by the Pope in Rome that same year.  He was named ‘Barbarossa’ or ‘Red Beard’ by the northern Italian cities he ruled while his Germanic subjects called him ‘Kaiser Rotbart’ which translates as ‘King Red Beard’.  The ruler himself preferred his Italian nickname which perhaps reflected the centrality of his campaigns in that country during his long reign.

In late 1187, ‘Barbarossa’ received urgent requests from the Crusader states in the Near East urging him to come to their rescue as soon as possible.  Some months later, he joined forces with King Philip Ⅱ of France and began the long and tortuous journey toward their first objective Byzantium.  According to many, this particular ‘Crusade’ was ‘the best planned and organized’ of all these ventures and numbered over 100,000 soldiers including 20,000 mounted knights.  It was also the best-disciplined.  The two previous crusades had often plundered and pillaged the lands and peoples of the countries and states they passed through on their way to The Holy Land--Jews in particular suffered greatly.  ‘Barbarossa’ issued an imperial edict protecting Jewish communities and threatened maiming or death to anyone who attacked, stole or destroyed Jewish lives and property.

DEATH OF AN EMPEROR

On June 1190, while crossing a river in southern Turkey, the Emperor Barbarossa fell from his horse and was swept away and drowned.  This unexpected event left the Crusader army under the joint command of bitter rivals, Philip of France and Richard The Lionheart of England... a sure recipe for disaster.

Many historians consider Friedrich Barbarossa to be the greatest of the Holy Roman Emperors.  He appeared to be almost superhuman and combined many great attributes:  a skilled organizer, battlefield acumen, personal bravery and chivalry, and wide political knowledge.

This new ‘Barbarossa’ equestrian figure is directly inspired by a fine monument that still stands today in Goslar, Lower Saxony in Germany.  The original statue was sculpted by Robert Tobernetz (1849-1895) and erected in 1893 to stand alongside another equestrian monument featuring Kaiser Wilhelm I which was unveiled a year earlier.  This King & Country Emperor stands proudly tall in the saddle displaying the black imperial eagle on his golden yellow surcoat.