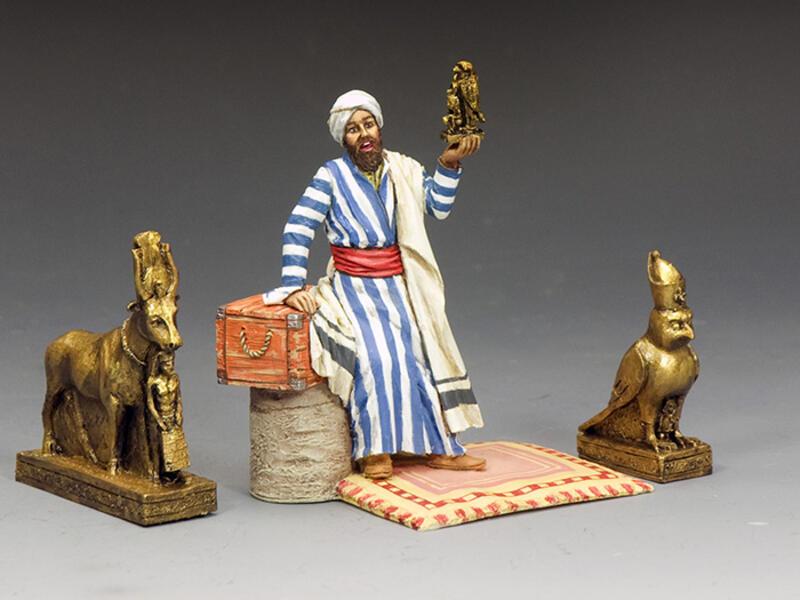 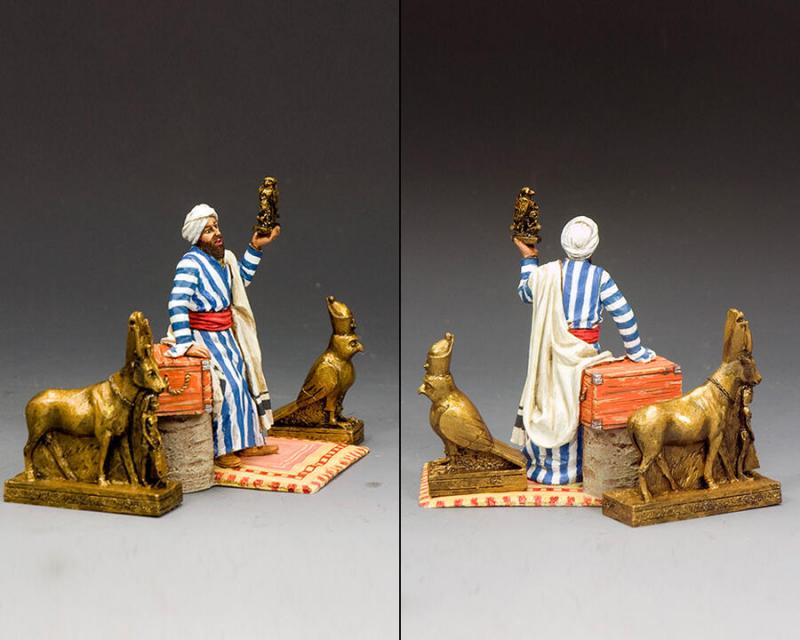 Although Howard Carter’s discovery of Tutankhamun’s tomb proved to be a world-class event all over the globe in 1922 other parties in previous centuries had shown great interest in the ‘Land of the Pharaohs’ and the people who had left behind such magnificent relics to explore… and often plunder.

In modern times the Emperor Napoleon himself had been in awe of the huge ruined structures that he encountered when he invaded Egypt in 1798.

Along with his army he brought with him more than 150 scientists and artists to explore and record many of the ancient locations he visited.

Needless to say there were more than a few local entrepreneurs only too willing to provide and supply and kinds of relics and remains from those tombs and burial sites already uncovered.

From the age of Napoleon up through the 19th Century followed by the 20th and even now into the 21st Century antiquities dealers are always on hand to offer sometimes authentic, sometimes patently false reminders, large and small of the world that was Ancient Egypt.

Here is one such figure sitting surrounded by just a few of his offerings… Are they the genuine historic article… or just some fiendishly clever imitation knocked up in a hidden workshop in a backstreet in Cairo..?