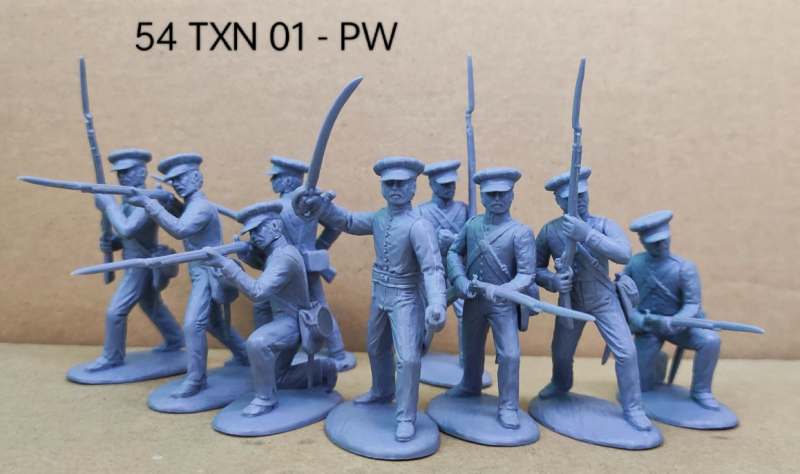 The set contains the same 9 model soldiers as above, comprising of 1 officer and 8 infantrymen.  The heads and arms are interchangeable to enable the assembly of different postures.  The pinwheel forage cap was issued in the U.S. army in 1825 before it was replaced in 1833.  Many American volunteer units in the Texas revolution of 1835-1836 would have dressed themselves with army surplus.

(Being a collector myself, there are often the desire to convert certain models into a slightly different period.  To facilitate such requests and to minimize our warehouse having to deal with loose parts shipping, we chose to simply extra-sculpt and include the required parts and options as we see appropriate.)