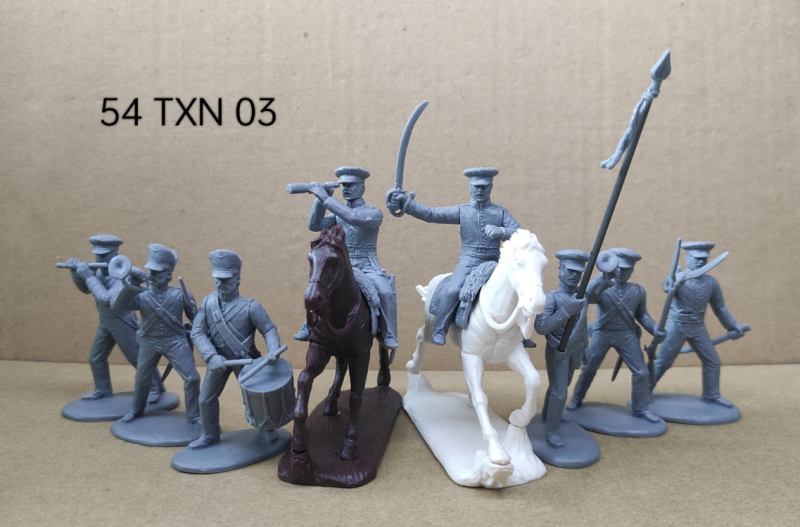 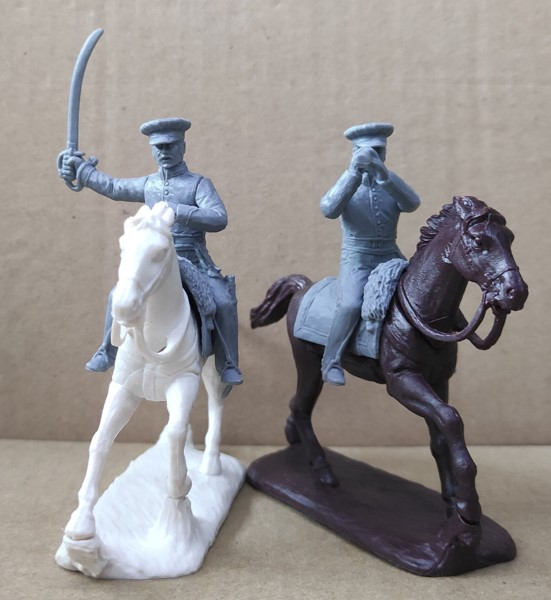 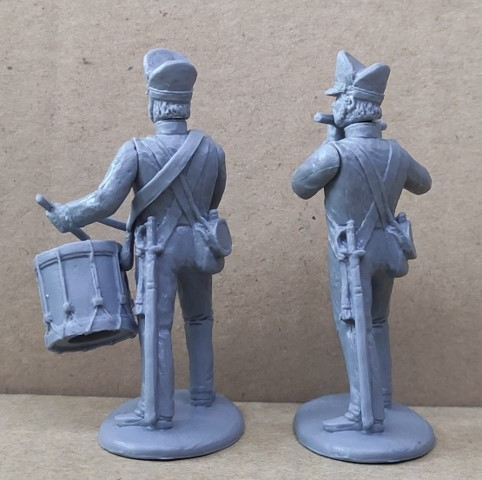 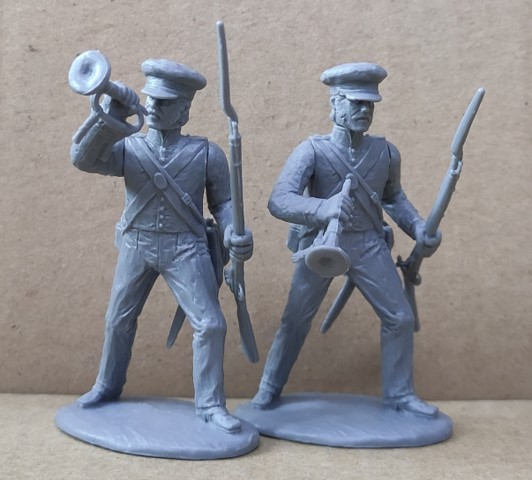 The set contains 8 model soldiers plus 2 horse models, comprising of 2 mounted officers, a drummer, a fifer, two buglers, a standard-bearer and a foot officer. The heads and arms are interchangeable to enable the assembly of different postures.  We have decided to have a command set with mixed headwears to keep our catalogue from becoming too unwieldy. These models all wears the roundabout jackets (referred to as shell jackets in the British Army).

Figures include:
- Mounted officers and ensign.
- Musicians in pinwheel cap and leather foldable cap.
- Foot officer and buglers in round peaked cap.