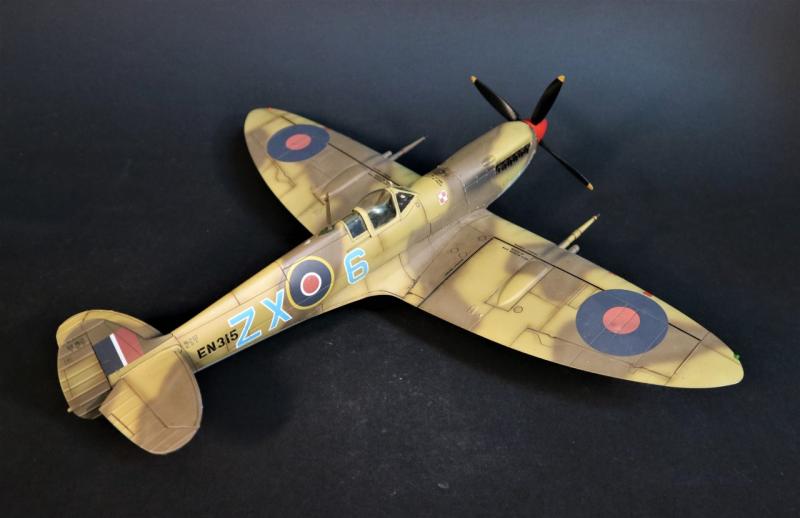 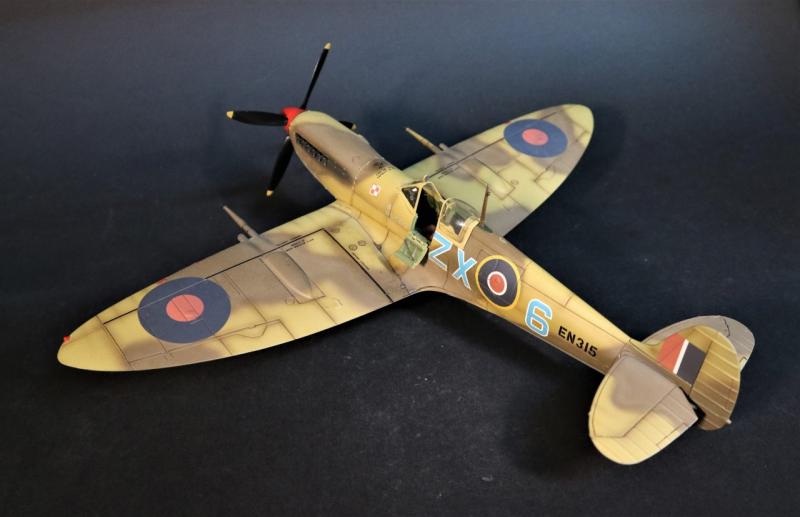 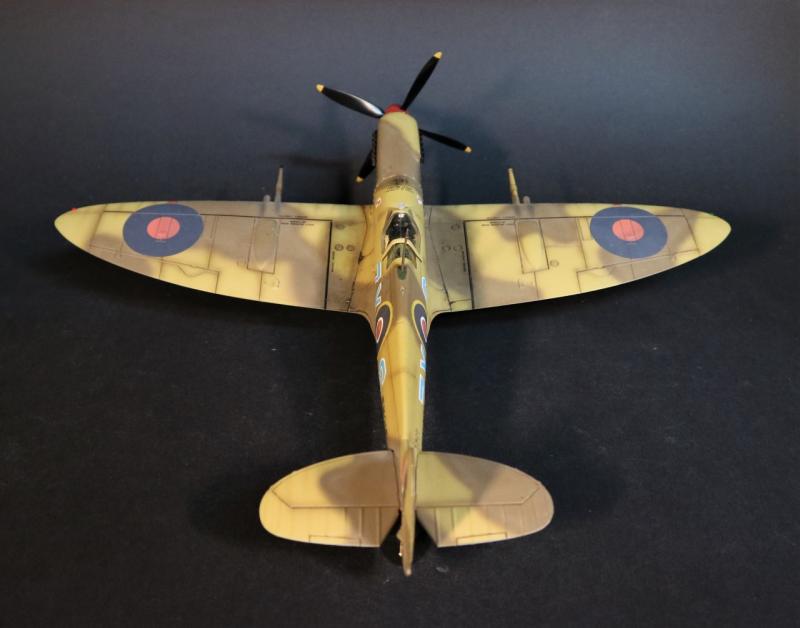 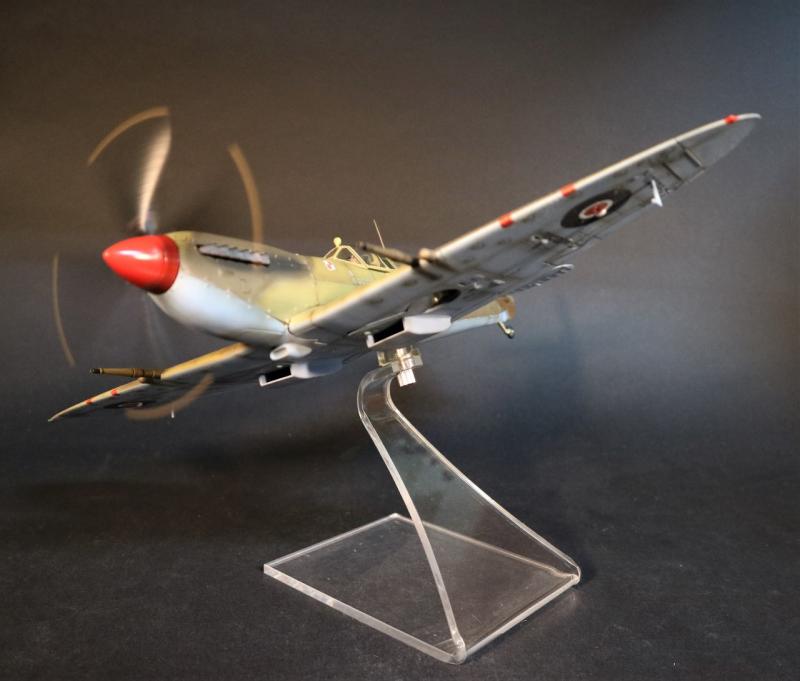 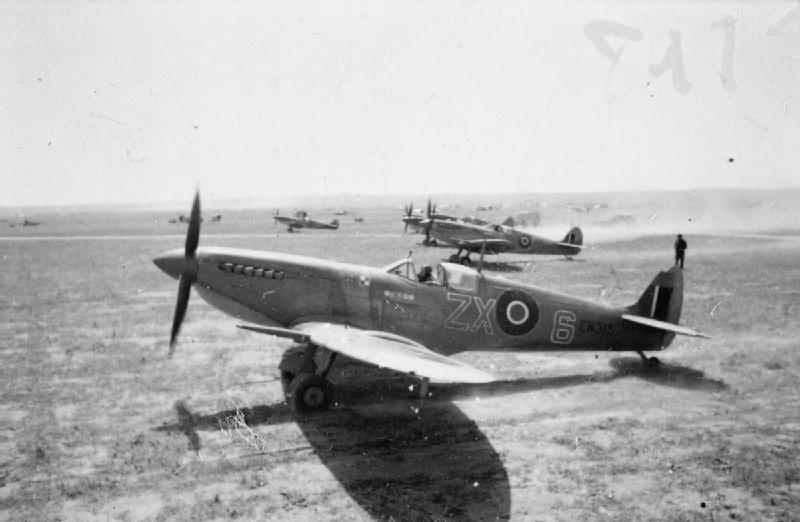 The Spitfire can be said to be the most famous British aircraft of all time. It is remembered as a sleek, thoroughbred fighting machine that turned the tide during the Battle of Britain. The Spitfire was among the fastest and most maneuverable prop driven fighters of WWII, serving in virtually every theatre of combat.

The Polish Fighting Team (PFT) also known as “Skalski’s Circus” was a Polish unit which fought alongside the British Commonwealth Desert Air Force in the North African Campaign of World War II, during 1943. Its nickname was derived from its commander, Stanislaw Skalski.  In late 1942, Polish Air force Staff Command requested RAF permission to send a group of specifically chosen pilots to the North African theatre of operations to acquire experience in operating as a part of a tactical air force in preparation for future Allied landings on the European continent.  Volunteers had to be experienced (with at least 30 operation missions completed) and some 70 volunteers were considered before 15 pilots were chosen for the operational tour of three months.  Formed at Northolt on February 5th, 1943, as the Polish Fighting Team, initial preparations for overseas service took place at RAF West Kirby, and the unit embarked on February 24th, arriving in North Africa on March 13th 1943. The team was initially attached as “C” flight, to No. 145 Squadron RAF, equipped with the Spitfire MK.V and operating from Bu Ghara, 150 miles west of Tripoli.  Commencing operations on March 18th, the unit gained an immediate reputation for combat effectiveness.  The unit was re-equipped with the Supermarine Spitfire Mark IX in late March.

Flying officer Mieczyslaw Wyszkowski was the only casualty in the PFT, shot down and taken prisoner of war on April 18th.  Following the surrender of the German army in Africa on May 13th, the PFT was disbanded.  Three pilots stayed on and became part of Desert Air Force Units.  Skalski became CO of No.601 Squadron, Horbaczewski CO of No.43 squadron, and Drecki a flight commander in No.152 Squadron.