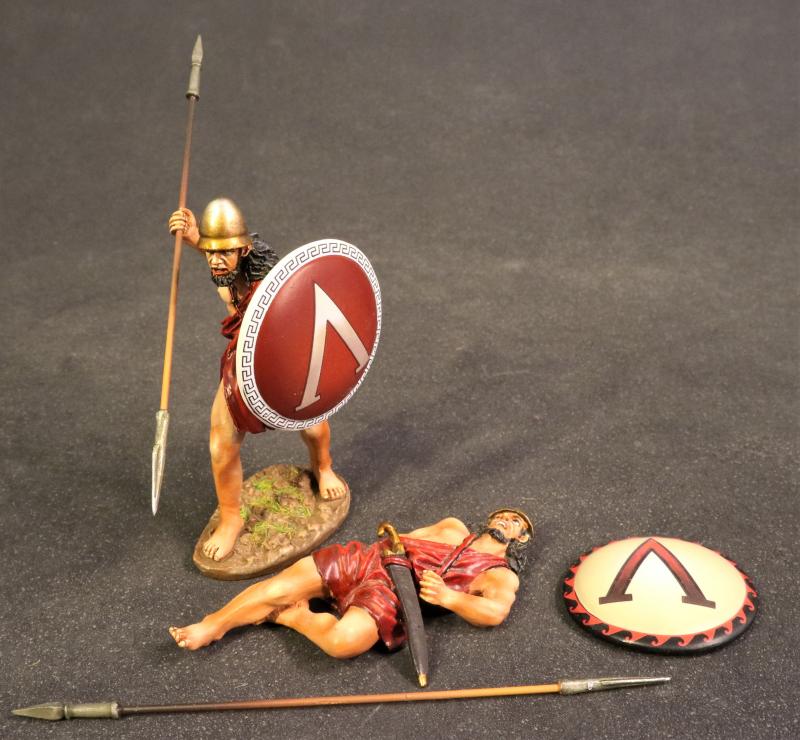 The Peloponnesian War (431–404 BCE) was an ancient Greek war fought by the Delian League led by Athens against the Peloponnesian League led by Sparta. Historians have traditionally divided the war into three phases.  In the first phase, the Archidamian War, Sparta launched repeated invasions of Attica, while Athens took advantage of its naval supremacy to raid the coast of the Peloponnese and attempt to suppress signs of unrest in its empire.  This period of the war was concluded in 421 BCE, with the signing of the Peace of Nicias.  That treaty, however, was soon undermined by renewed fighting in the Peloponnese.  In 415 BCE, Athens dispatched a massive expeditionary force to attack Syracuse, Sicily; the attack failed disastrously, with the destruction of the entire force in 413 BCE.  This ushered in the final phase of the war, generally referred to either as the Decelean War, or the Ionian War.  In this phase, Sparta, now receiving support from the Achaemenid Empire, supported rebellions in Athens's subject states in the Aegean Sea and Ionia, undermining Athens's empire, and, eventually, depriving the city of naval supremacy.  The destruction of Athens's fleet in the Battle of Aegospotami effectively ended the war, and Athens surrendered in the following year.  Corinth and Thebes demanded that Athens should be destroyed and all its citizens should be enslaved, but Sparta refused.

The Peloponnesian War reshaped the ancient Greek world.  On the level of international relations, Athens, the strongest city-state in Greece prior to the war's beginning, was reduced to a state of near-complete subjection, while Sparta became established as the leading power of Greece.  The economic costs of the war were felt all across Greece; poverty became widespread in the Peloponnese, while Athens found itself completely devastated, and never regained its pre-war prosperity.

Ancient Greek warfare, meanwhile, originally a limited and formalized form of conflict, was transformed into an all-out struggle between city-states, complete with atrocities on a large scale.  Shattering religious and cultural taboos, devastating vast swathes of countryside, and destroying whole cities, the Peloponnesian War marked the dramatic end to the fifth century BCE and the golden age of Greece.

The city of Sparta was just one of the cities located in the ancient Greek state called Lakedaimon.  Most of the other cities of Lakedaimon by this time had become subjects of Sparta.

Around the middle of the 5th Century BCE, the Lakedaimonians started to lighten the equipment of their holpites.  The traditional greaves and cuirass were discarded, and the closed Corinthian helmet was replaced by the open-faced “Pilos Helmet”.

A crimson short sleeved tunic, the “exomis” was commonly worn, with the right shoulder unpinned and allowed to fall leaving the right arm and shoulder free for action.  In the 4th Century, the army of Agesilaos was clad entirely in Crimson.  This had become the colour of the soldier and especially of the Lakedaimonian soldier.  Apparently, the Lakedaimonian soldier was even buried in his crimson robe.

During this period, the Lakedaimonians were allowed to grow their hair and beard when on campaign, a style which had fallen out of fashion elsewhere in Greece at this time.